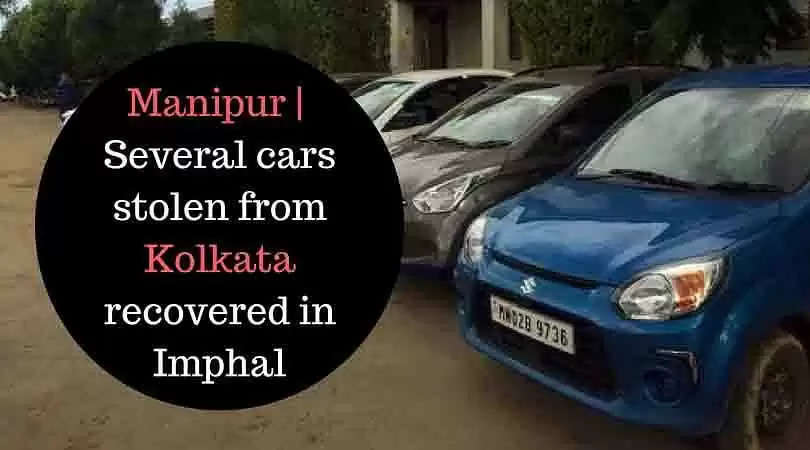 IMPHAL, July 11, 2018: Nine vehicles which were stolen from Kolkata were recovered in Manipur by a team of the anti-vehicle theft department through a series of operations launch in the past four days.

Most of these vehicles were reportedly stolen between the period of February to April.

"As per the requisition by the Kolkata team on July 6, the state police assisted them in recovering the vehicles from various police stations in Imphal area and also arrested five persons," said Meghachandra, SP Imphal East.

"There are over 30 cases of stolen vehicles from the city which we believe are in Imphal," said an officer leading the Kolkata team. Earlier in March, police had recovered eight such cars which were taken back to Kolkata.

Manipur has turned into a dumping ground for stolen vehicles from outside the state, as they get easily sold at a throwaway price in the state.

"There is no specific price tag on these stolen cars, it depends on how desperate the situation is. You can sometimes get a normal car like alto for just 80 thousand to one lakh rupees when the gangs are on the run," quipped the Imphal East SP. "The team is working hard to crack the modus operandi of some of the gangs involved in this racket and we are in coordination with other states as well," he added.