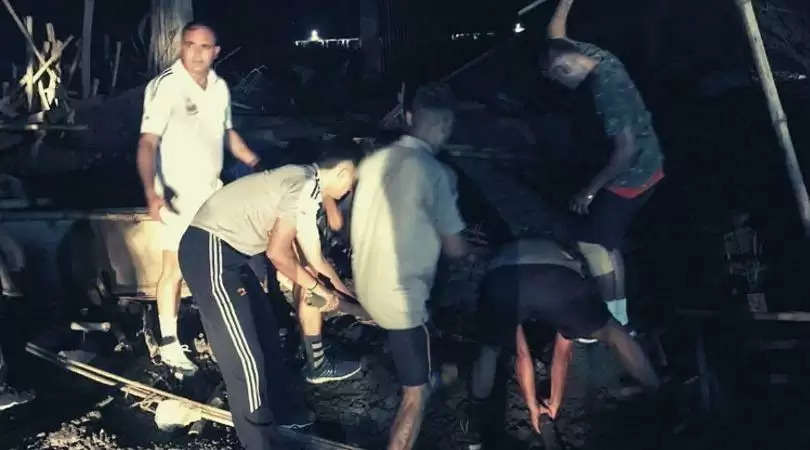 At least ten persons were seriously injured after the roof of an under-construction building collapsed at the Imphal Tulihal airport on Wednesday evening. The cause of the incident is yet to be ascertained.

After being informed about the incident, troops of the Tulihal Battalion of 9 Sector Assam Rifles under the aegis of IGAR (South) rushed to the site.

According to media reports, eight persons have been rescued and have been shifted to the Regional Institute of Medical Sciences (RIMS), Imphal, while seven of them are said to be conscious when rescued, the condition of one of the workers from Luker area in Imphal West is stated to be critical.
A total of about 50 workers were working in the site when a portion of the ground floor collapsed.

"The incident took place around 5:45pm when the roof of an under-construction cargo terminal building on the ground floor of the airport collapsed. The workers were engaged at the site when it happened," said an AR official.

"An airway was made by the troops into the fallen debris to ensure inlet of air and a thorough search of the debris was also carried out by a sniffer dog of the battalion," the official added.