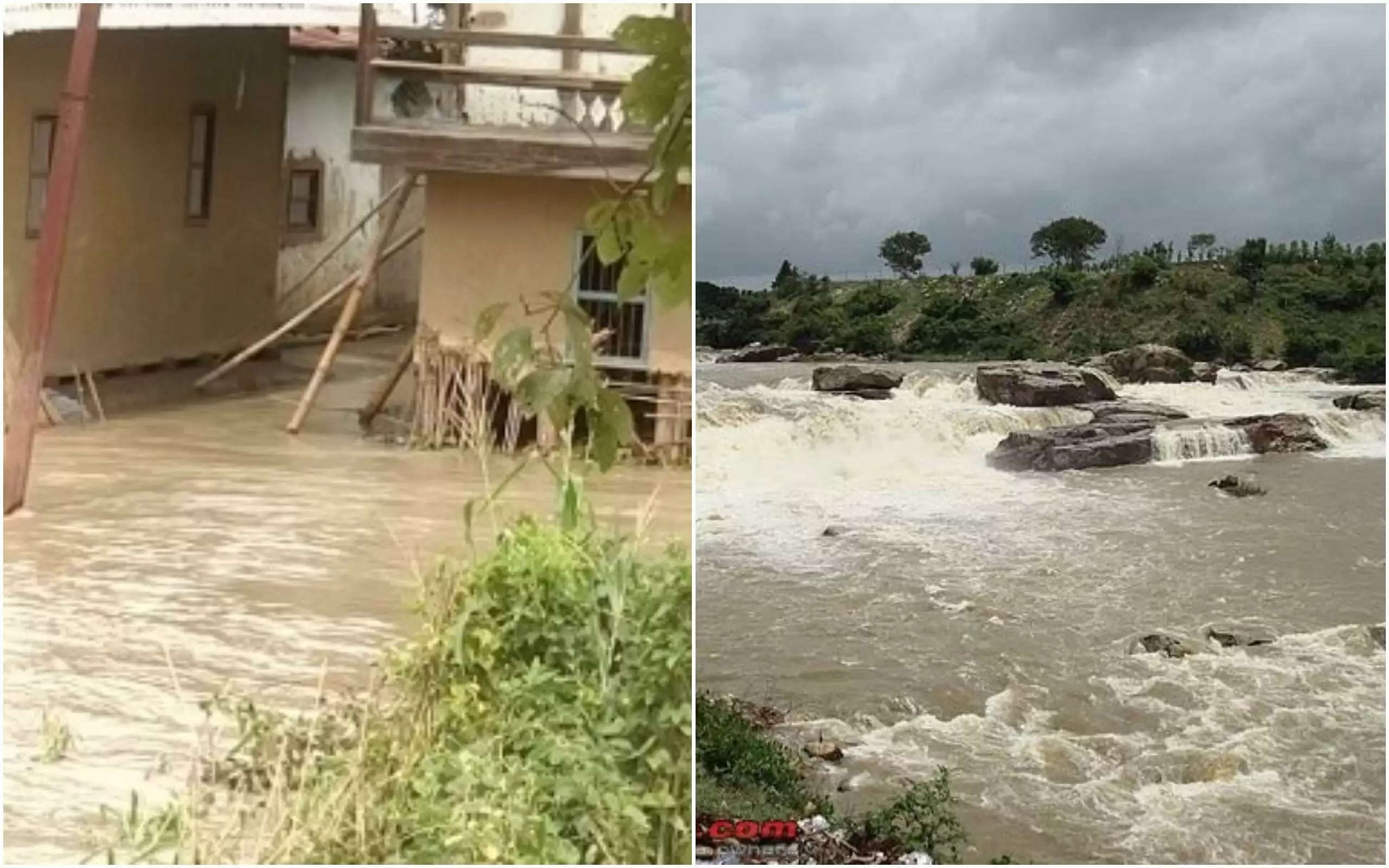 Imphal, June 3, 2017:  In what may be termed as the effects of A River collapse in Uchiwa area of Mayang Imphal has inundated several houses and hectares of paddy fields. Mayang Imphal MLA and Parliamentary Secretary Education, Kongkham Robindro today inspected the flood affected areas and assured the affected people of immediate measures to fight the situation.

The incident took place at a stretch of about 30 feet inundating several houses in Uchiwa Wangbal Awang Leikai, Uchiwa Loukok, Uchiwa Bengul, Uchiwa Meitei Khul and Uchiwa Kabui. More than 2000 hectares of paddy fields have also been submerged by flood. 3 relief camps have been opened at Uchiwa Wangbal Awang Leikai to shelter the flood affected families. They have been provided with essential items.

Meanwhile, in a separate incident, The spillway of the multi-crore Mapithel dam in Manipur collapsed on Thursday night, leading to cracks in several houses in two villages. The state government on Friday said the problem will be resolved soon.

The villagers near the dam have been in perpetual fear as there were recent reports of leakage. Under the influence of Cyclone Mora there has also been heavy rains in the past four days in the northeast. Minister Haokip said the destruction of the dam spillway is being looked into, adding that officials are working round the clock to address the flash floods and overflowing the river waters.

A spillway is a structure used to provide for the controlled release of water from a dam. L. Holkhomang, village chief of Maphou Kuki village, said: "The cracks and depression have damaged 25 houses. Though the officials are repairing the damages they have not told us whether it is safe for us to stay on."

Ramthar Shaiza of Tangkhul village said that eight houses have been damaged. In Manipur three persons have died due to the cyclone. The government has announced an ex-gratia of Rs 4 lakh each. Several families have been housed in relief camps.