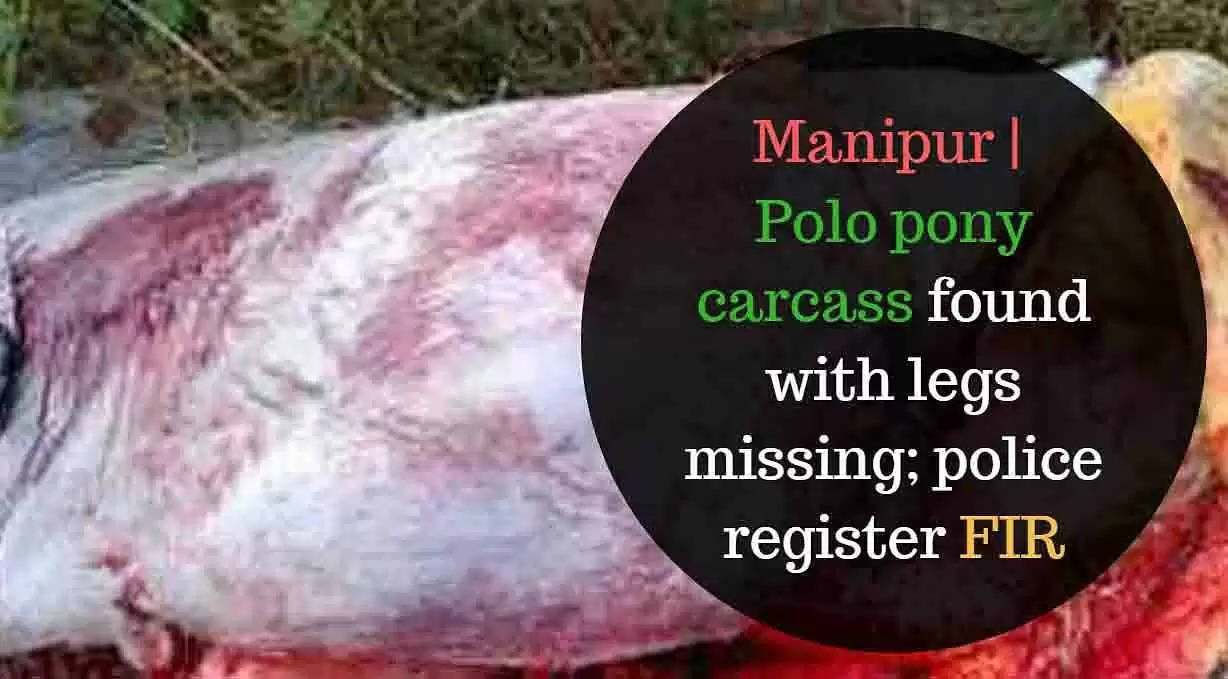 IMPHAL, January 1, 2019: A carcass of a polo pony was found at Yaralpat in Imphal East district of Manipur.

It has been alleged that the pony might have been killed for its meat.

It was found with some of its body parts and three of its legs missing, said Kh. Kaoba, the owner of the pony. Police have registered an FIR in connection with the incident and have started a full-scale investigation.

"We have started questioning locals of the surrounding area where the pony was dumped. We will soon be able to nab the culprits involved in the killing of the pony," said Binodkumar officer in charge of Porompat police station.

Kaoba informed that the pony is one of the finest of his 80 ponies and was supposed to participate in the ongoing State Polo Tournament 2018-19. "It is very unfortunate that people can go to such an extent to kill an endangered animal for consumption. This should be condemned by all," lamented Kaoba.

The incident has raised concerns over the fate of the endangered Manipur ponies who are already facing extinction. The pony is amongst the five rare horse breeds of India.

As per the Quinquennial Livestock Census of India, conducted after every five years, the population of Manipuri Pony has been dwindling since 2003, from a total of 1898 ponies to only 1011 in 2012.

Although the Livestock Census for the year 2017 is underway, the total number of Ponies in the state is estimated to be between 900 to 1000 in number, said Homen Thangjam, member of the Manipur Horse Riding and Polo Association (MHRPA).

He urged the authority to take stringent action against those involved in the killing. "The thought of consuming a pony itself is disgusting. The authority should take serious action against the culprits so that it does not happen again in the future," said Homen Thangjam.

Manipur Pony and Polo Players' Welfare Association and All Manipur Polo Association in a statement also strongly condemned the killing while demanding stringent action against those involved in the incident.

The association appealed to the government to look into the matter seriously and save Manipuri Pony.