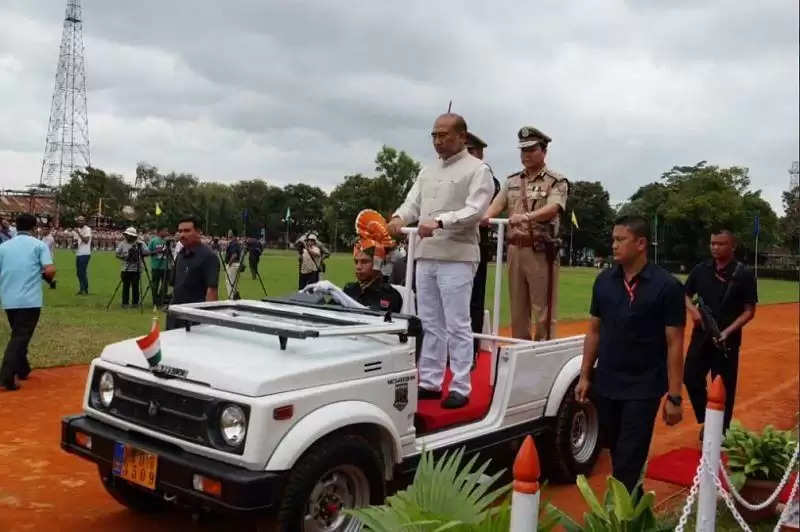 IMPHAL, August 15: Manipur saw peaceful celebrations of the 71st Independence Day on Tuesday despite a boycott and strike called by seven insurgent groups.

Explaining the slew of developmental works and other people-oriented projects undertaken by the BJP-led coalition, he said: "A government is there to serve the people."

He thanked the crowd for taking part in the national function in large numbers, despite two bomb blasts ahead of the Independence Day celebrations in the state.

Normal life was thrown out of gear in Manipur and some Northeastern states as a result of the boycott and strike called by the insurgent groups. Security measures were beefed up to maintain law and order.

L.M. Khaute, Director General of police disclosed that two policemen who had taken part in planting of a bomb in Imphal have been arrested. A large quantity of explosives were seized from them.

Independence day celebrations were also held at the district and sub divisional levels.