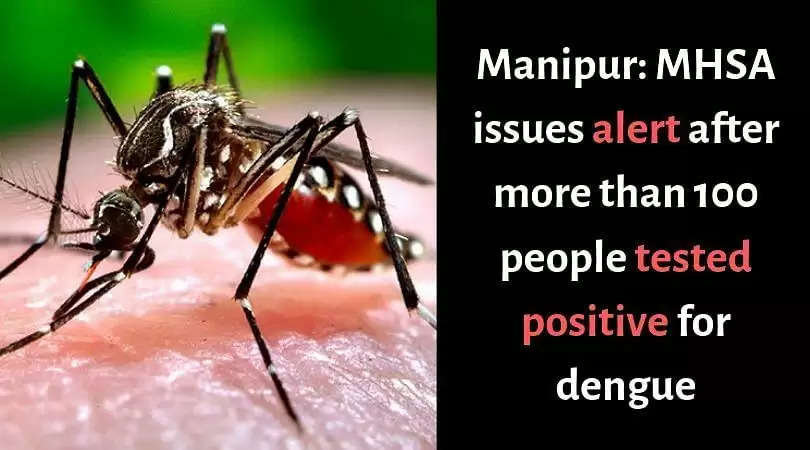 Manipur on alert after Manipur Health Services Authority issued a dengue alert in the state on Thursday, the alert was issued after more than
100 patients including six students of Sainik School, Imphal tested positive for the disease.

The Director of State Health and Family Welfare Department of Manipur, Dr K Rajo said in the advisory that the six students, residing in the boarding of Sainik school at Pangei in Imphal East district, were confirmed suffering from dengue after a series of tests was conducted on them.

The director, Dr K Rajo also informed that more than 100 patients from across the state were tested positive for dengue. In addition, most of them belonged to the valley districts of Manipur. Dr Rajo sounded the dengue alert with the information that informed how dengue is spreading in the state, particularly in the valley areas.

The six students of Sainik School Imphal, who were tested positive for dengue, are being treated at a hospital in Imphal. The students were found to be in bad health, and suffering dengue when a medical team of the state health department visited the school for health inspection. They went to school after receiving several reports of the increasing number of students staying the boarding suffering from viral fever on August 25. However, the positive dengue cases were confirmed after the medical team received test results.

Dr Rajo also stated that patients, who are being confirmed of suffering from various mosquito-borne diseases, are taken to the hospitals in Imphal for treatment, In addition, the state health department is constantly monitoring the patients.