Manipur: Many areas of Imphal experience 1st flood of the year after heavy rains! 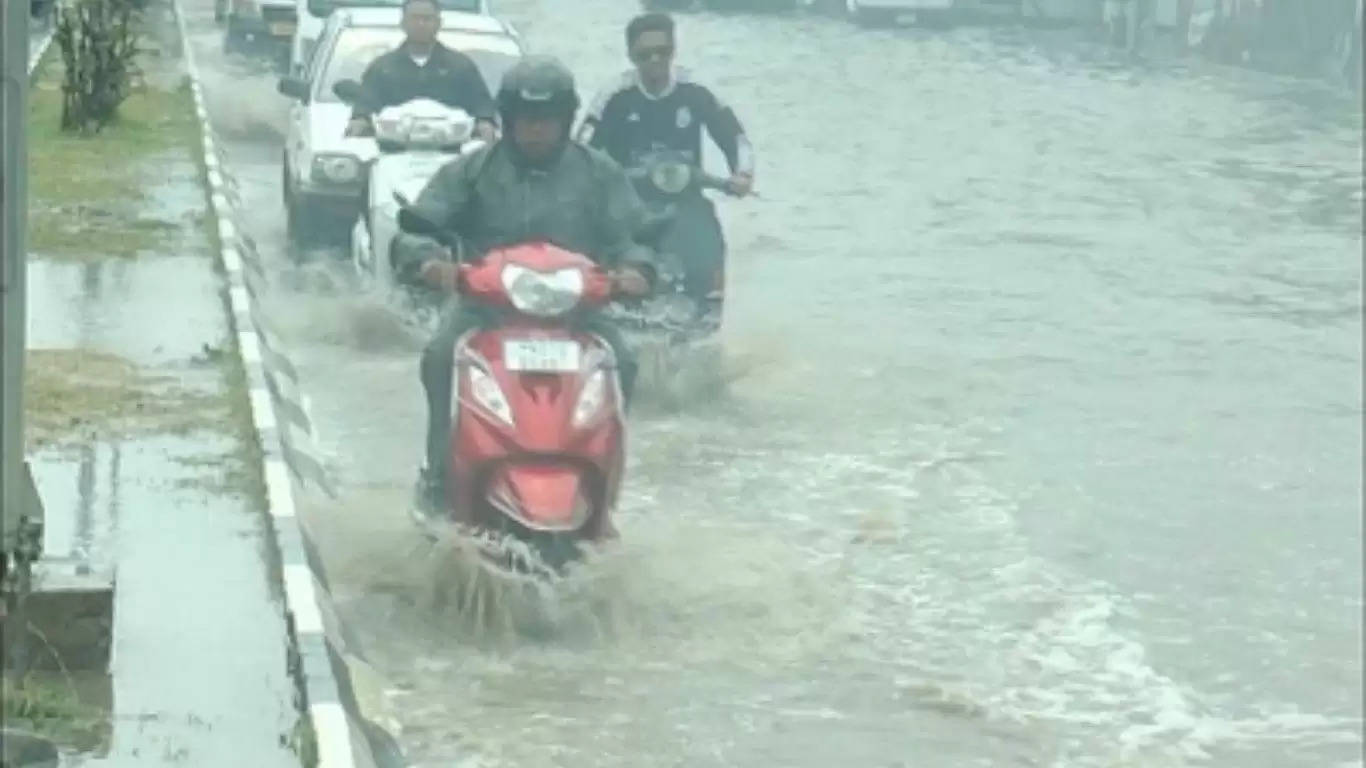 Imphal, March 30: Several areas in Imphal today experienced the first flood of the year after a heavy shower. A number of localities in Imphal city have been inundated by rain water causing serious inconveniences to the people. Many areas in the state experienced incessant rain last night. The movement of the people, especially the students who are appearing in the board and council examinations has been badly hit by the flash flood. A number of localities in Imphal including Uripok, Singjamei, Keishamthong, Sagolband and Lamphel were flooded by the rain water. Affected people allege that the flash floods were caused by lack of of proper drainage system in the area. A team of Impact news which covered the flood in different areas saw piles of solid wastes blocking the drains and poor quality of drains and retaining walls. About 100 metre stretch of National highway from Kakwa Asem Leikei to Waikhom Leikai in Langthabal Constituency remained under flood water causing serious inconveniences to the public.

Several areas along the Tiddim road also experienced flash floods. Many by-lanes in Sagolband and Keishamthong constituencies were inundated by rain water. The level of the Waishel Maril has become shallow due to dumping of solid wastes by the people and the authorities failure to clear the water body on time. Locals said they experience flood soon after a heavy shower as Waishel Maril has become vert shallow over the years. They also expressed the hope that the BJP government will take measures to solve the problem facing them.