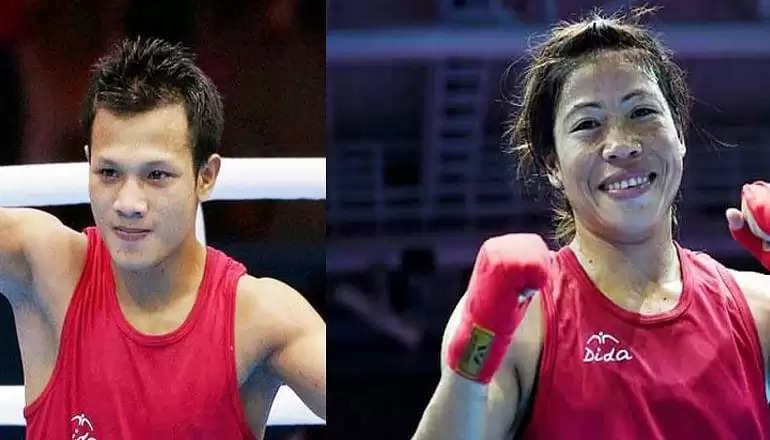 IMPHAL, June 22: Five-time world champion MC Mary Kom (51kg) got a bye into the quarterfinals as India made a solid start at the Ulaanbaatar Cup boxing tournament with four wins on the opening day in Ulaanbaatar, Mongolia on Wednesday.

Mary Kom, returning to competitive action after a one- year hiatus, will take on the winner of the bout between Russia's Anna Aedma and Korea's Chol Mi Bang on Thursday.

Devendro will face Russia's Yusupov Dimitrii, while Shyam Kumar will be up against face Enkhmandakh Kharkhuu of Mongolia in his last-eight stage contest.