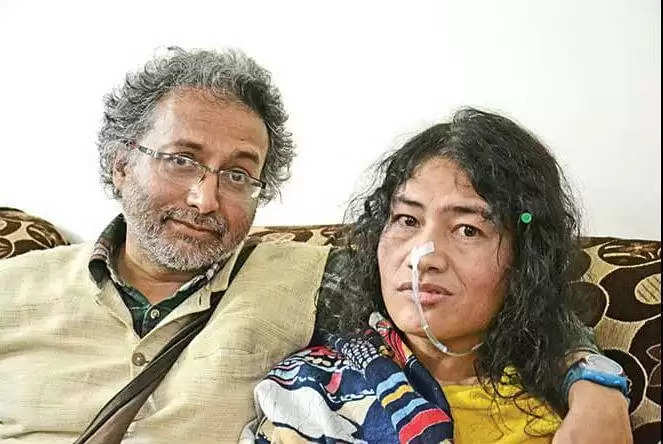 On Wednesday, she filed an application for marriage with her long-time British friend Desmond Coutinho in the office of Sub Registrar Rajesh in Tamil Nadu.

Sharmila failed to make inroads in assembly elections in Manipur this year.  The Sub Registrar told her that since it is an inter-religious marriage, they have to file the application under the Special Marriage Act.

Rajesh said their application will be put up on the notice board for any objections and the marriage can be performed after the expiry of the 30-day notice period.

Sharmila is popular for her more than 16-year-long hunger strike demanding the withdrawal of the AFSPA from Manipur. She ended the fast in August last year.