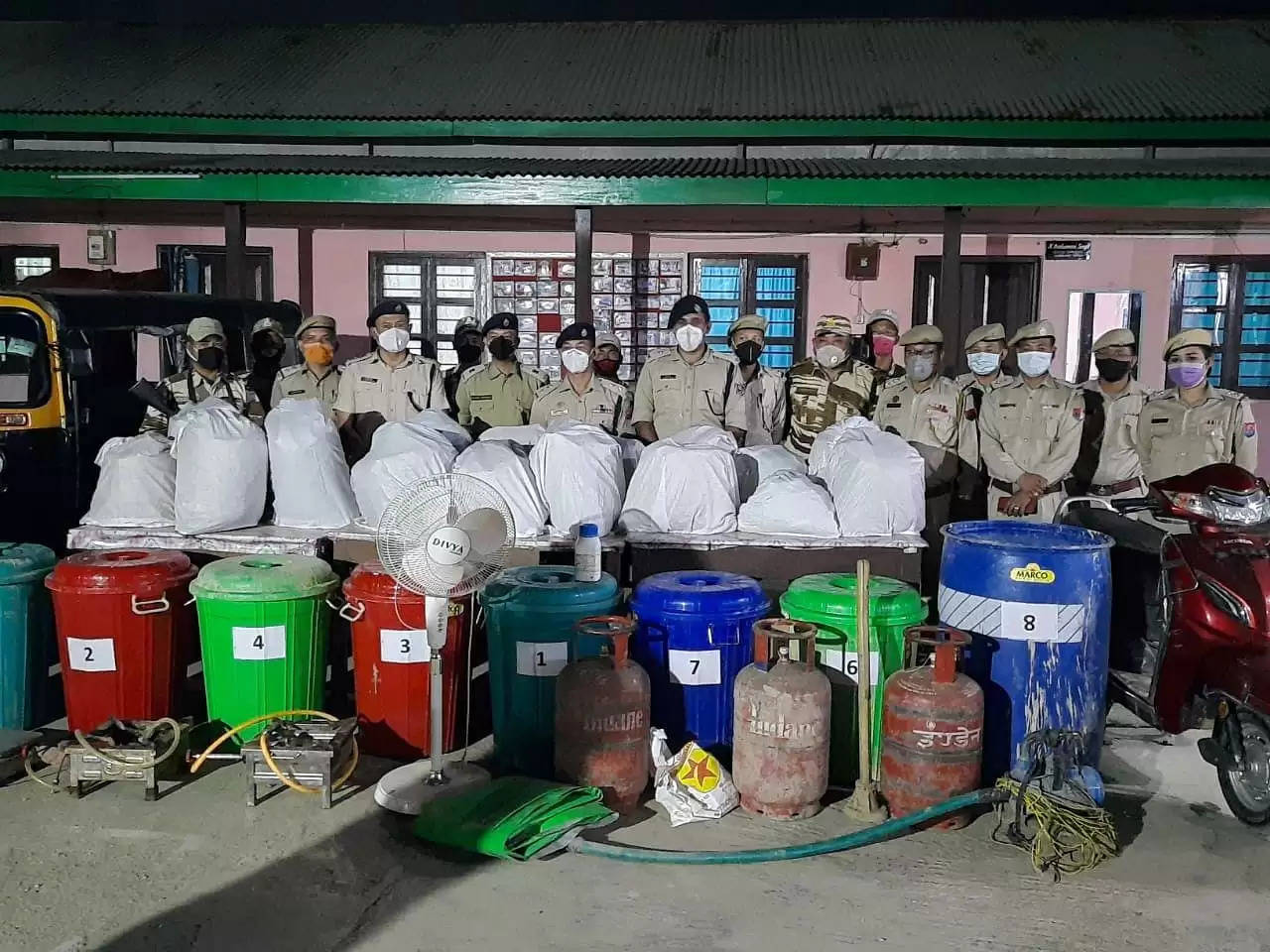 The Government of Manipur has announced a cash reward of Rs 30 lakh to 94 police officers and personnel from Thoubal and Bishnupur districts for their "outstanding achievement" in the recent seizure of a large quantity of brown sugar and morphine liquid.

According to a release issued by the Joint Secretary (Home), Rehanuddin Choudhury on Wednesday, the government had awarded Rs 20 lakh to 50 officers and personnel for the seizure of 435.945 Kilograms of brown sugar and 438 litres of morphine liquid on October 29.

The police seized the consignment from the residence of one Kayamuddin alias Amuthi of Thoubal Moijing Awang Leikai.

Another cash reward of Rs. 10 lakh was announced to 44 officers and personnel of Bishnupur district police for the seizure of brown sugar weighing around 74 Kilograms from a Chevrolet car at Khordak Ichin near Iron bridge under Keibul Lamjao Police station and from a house in Mayang Imphal Bengoon under Mayang Imphal police station on October 28.