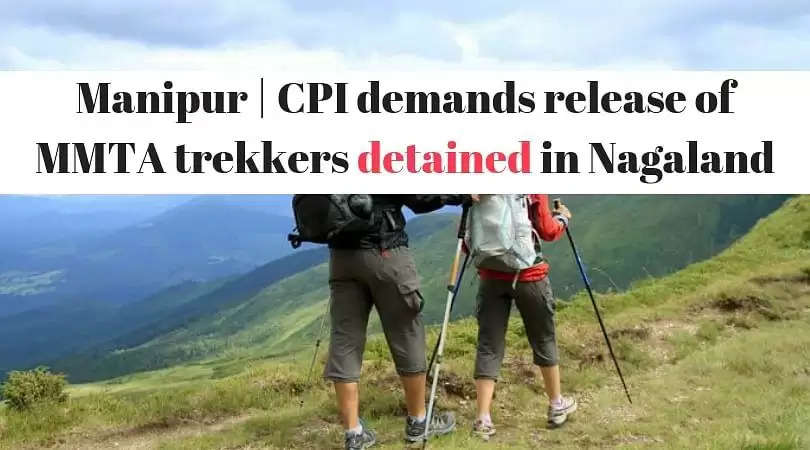 Communist Party of India (CPI), Manipur State Council has demanded that without any conditions the Nagaland government must release the seven trekkers of Manipur Mountaineering and Trekking Association (MMTA).

In a release, the organisation strongly condemns the arrest of five male and two female trekkers, who were among a team trekkers of MMTA that went to visit Djuko valley as a part of the Manipur Sangai Festival's adventure tourism, by Nagaland police on November 27.

CPI Manipur State Council further appealed the State government to take the matter seriously and take action to release the arrested trekkers who are being kept at Khuzama police station under custody remand of the law court, it said.

While asserting that similar incidents have happened in the past, the organisation appealed that the State government must bring up a strong complaint to Union home minister against the government of Nagaland, it further said.

Immediate measures must be also taken to protect Djuko valley where roadways are being constructed towards the place along with infrastructure by Nagaland with a ploy to claim the area, it added.