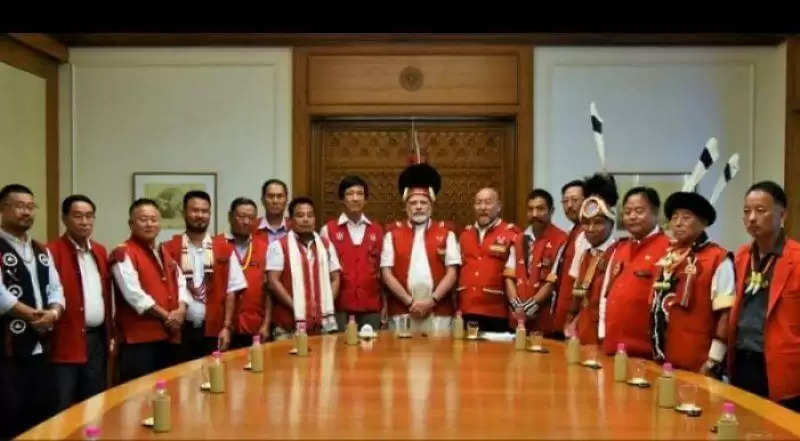 Opposition leader Okram Ibobi Singh had dared the BJP Chief Minister to comment on reports that the NPF, a coalition partner in the state government, did not take part in the all-party meeting held here on Saturday.

Biren Singh said the Congress should have verified the facts before going to the press. He said: "The assembly had adopted a resolution and all sections of people in the state are for the unity and territorial integrity of Manipur."

Newmai said, "The talks between the Indian government and the NSCN-IM are for the restoration of peace. While the efforts are on, one party is trying to upset the applecart.

"It is trying to create misunderstanding among the people by driving a wedge. It is going to the press with one-sided stories."

There is widespread fear in Manipur that a settlement between the Indian government and the NSCN-IM may lead to Manipur losing Naga-inhabited areas to a Greater Nagaland.