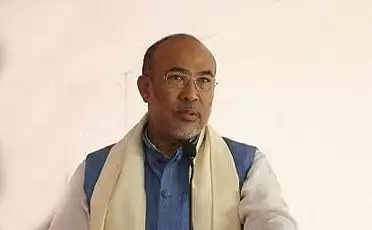 Days after overcoming the political crisis, Biren Singh had gone to Delhi on Tuesday to meet NDA's central leadership to discuss the allocation of portfolios to his ministers.

After returning from Delhi, Biren Singh said the political crisis which recently engulfed the state will settle down soon.

The Chief Minister said the visit was quite well and central leaders were very happy about the crucial victory in the Rajya Sabha election in Manipur.

Responding to queries about the portfolios which are yet to be announced for the NPP ministers, Biren said, "Central leadership doesn't interfere much. Ours is a national party. I must seek the advice and suggestions of the national leaders".