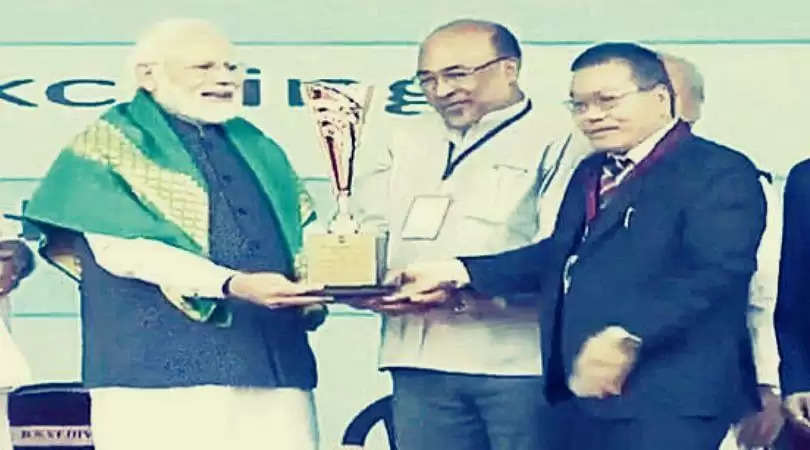 Manipur was awarded with Krishi Karman Award 2017-18 during a ceremony held in Karnataka.

Prime Minister Narendra Modi on Thursday handed over the award to Chief Minister of Manipur, N Biren Singh during a ceremony held at the Government Pre-University College in Karnataka's Tumakuru. He was accompanied by Manipur Agriculture Minister V Hangkhanlian.

Manipur was selected for the prestigious award as the best-performing state in Overall Food-grain Production Category-III (production less than 1 million tonne) for the year 2017-18. The award carried a trophy, a citation and an amount of Rs. 5 crore.