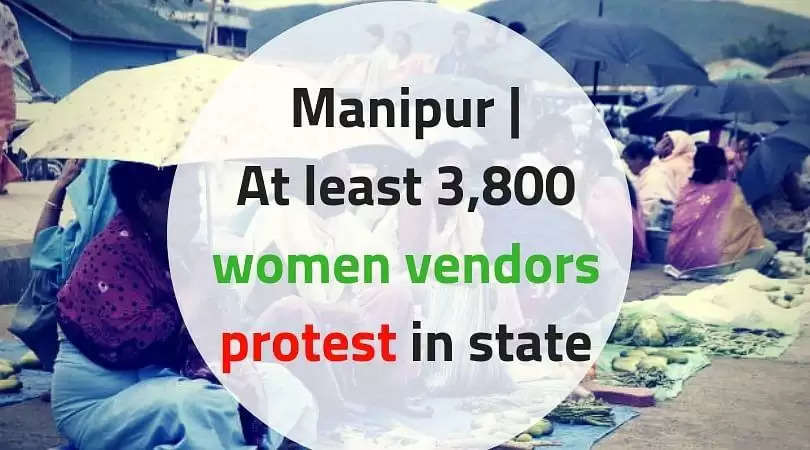 Over 3,800 licensed women vendors in the unique three all-women markets in the Imphal city launched sit-in on Thursday demanding framing of market rules so that their interests are protected.

They allege that the women street vendors have driven them out of business.

Secretary of the licensed women vendors, T. Rani said, "In the past women vendors from far-off places came around 3 a.m. and returned home soon after disposing of their wares, mostly fish and vegetables. However, for some time they have been selling the same from dawn to dusk. Customers do not enter the main market and buy the items from the street vendors, leaving us holding empty sacks".

She said, "We demand the authorities must act by January 10, otherwise we may surrender our cards since we have not been selling anything for long".

T. Shyamkumar, Minister in-charge of Imphal Municipal Corporation, had asked the officials to evict the street vendors. However, they returned to their respective places within an hour.

Rani said, "As there is no market rule, the tribal women vendors in the hill districts are also suffering".