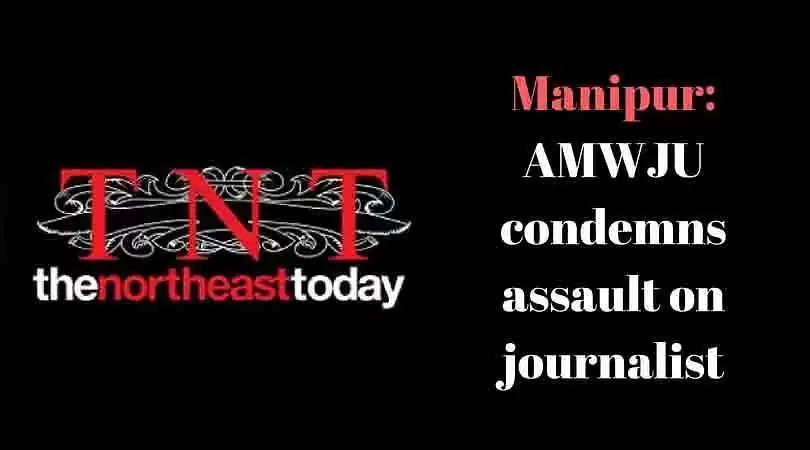 IMPHAL, May 21, 2018: All Manipur Working Journalists' Union (AMWJU) has condemned the assault on a staff of local news channel, N. Sanajaoba who had gone for a coverage of the on-going agitations launched by the JAC against the Unnatural Shifting of Imphal East District Hospital.

A release from AMWJU stated that N. Sanajaoba was hit by a stone from a slingshot which came from one of the agitators. The incident took place around 100 meters from Yumnao Patlou, after N. Sanajaoba had convinced a group of women blocking the road that he was a journalist, it said.

Declaring the act as an affront to journalism, AMWJU, in its release, additionally warned the culprit to issue an apology to the union within a period of two days or else harsh actions will be initiated against him.