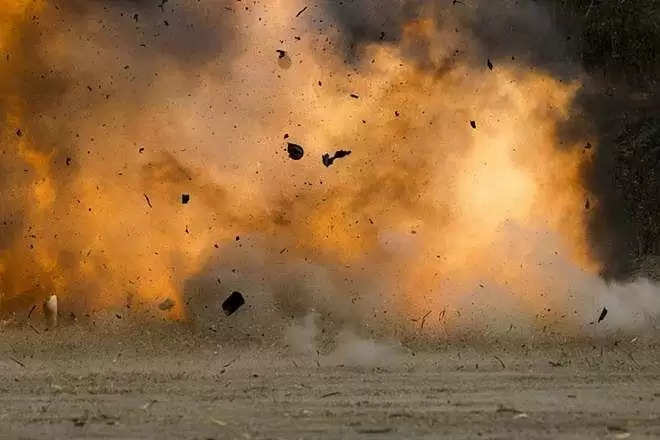 An 'accidental blast' at the People's Liberation Army (PLA)'s base camp in Aungjiya village along Indo-Myanmar border has led to three members of the banned militant outfit being killed. Two other PLA militants suffered serious injuries. The incident took place late on Tuesday. According to sources, the outfit was planning a strike in the run-up to their Raising Day on September 25. They wanted to 'inflict death and destruction' at vulnerable locations within Manipur, an Assam Rifles official said on Friday.

"Villagers in the bordering belt of Kamjong district heard a loud sound of explosion. Sources said that three PLA men died in the blast. According to locals, some cadres of PLA had been preparing to plant a huge Improvised Explosive Device to cause maximum damage in Manipur in the run-up to their Raising Day," said the official.

This report comes two days after Police recovered a grenade planted near the gate of a building at Brahmapur Bheigyabati Leikai in Imphal East district of Manipur. Police also recovered along with the grenade a hand written note reading "Madam this is the last warning. Contact us within five days" on Tuesday.

In another incident on Thursday, the Chassad Battalion of Assam Rifles in Kamjong district recovered a Remote Controlled IED, weighing about 8 kg.

"It was reported by some locals of Khangpat Khullen village that a suspicious object was lying on the Kamtong-Skipe road. Parties were immediately sent by 31 Assam Rifles Battalion. After a deliberate operation, the RCIED was recovered," said AR officials.

An official release by Assam Rifles said that the IED was placed under the command of self-styled Major Humi of PLA on the route, which is a lifeline for the Tangkhuls and Kukis residing in the bordering region of Kamjong district.

With inputs from News18