Villagers pledge to save Hoolock Gibbons at Barekuri 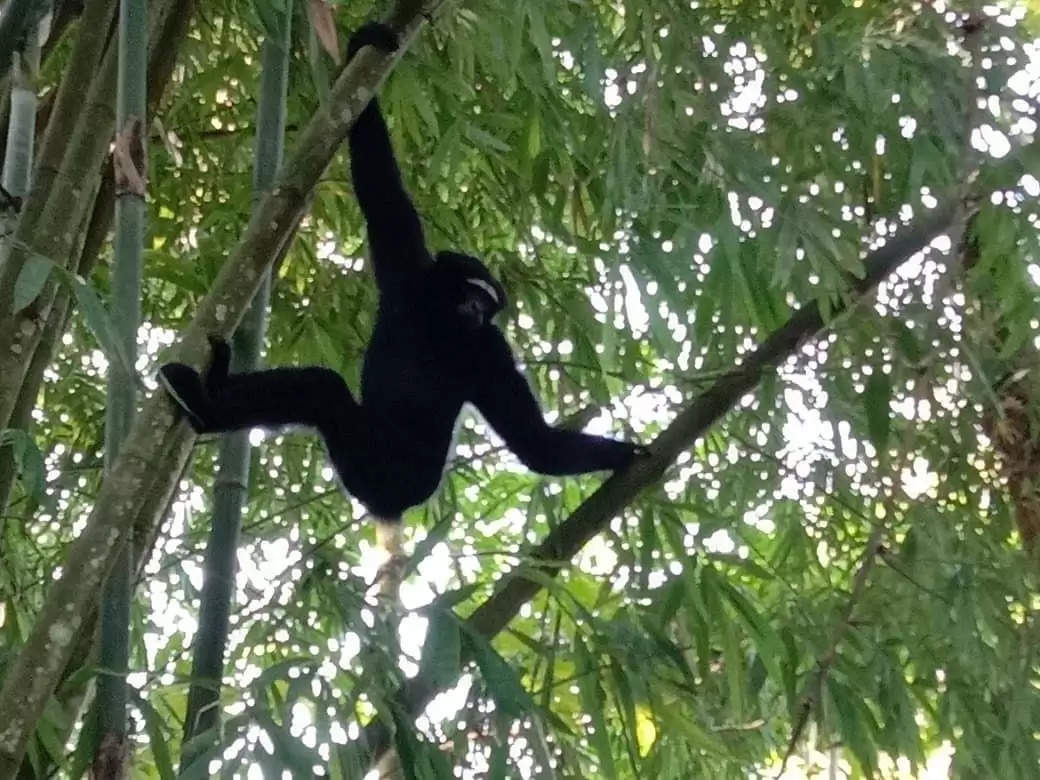 Twenty-one hamlets of Barekuri region in Upper Assam’s Tinsukia district have doubled up for long to house both humans and Hoolock Gibbons, with residents pledging to play conservationists because of the dwindling population of the primate species over the past two decades.

From 34 Hoolock Gibbons in 2003 to just 21 this year, the species which has co-existed with humans at Barekuri, now faces the threat of further loss of numbers.

The Barekuri eco-development committee, under the state forest department, has been doing its bit since its inception in 2017 but, several factors have led to the worrying situation, as 13 Gibbons have died in just 17 years.

The lifespan of a Hoolock Gibbon is roughly 30 to 35 years in the wild and 40 to 50 years in captivity.

“Some of them were electrocuted owing to an incomplete project to cover the electric cables. The animals like to swing from one tree to another and (sometimes) come in contact with the cables,” said Diplob Chutia, president of the Barekuri eco-development committee and an environmentalist of the Barekuri region.

On being asked about further plans, Chutia said the committee, apart from plantation drives to enhance the forest cover and canopy in various areas, would push for a scientific study by experts to help increase and sustain the Gibbon population in Barekuri region.

“Umpteen pleas to the government and the district administration to help sustain the ecology of the region have gone unheard. The Tinsukia deputy commissioner has invited us to a meeting on November 25. We will again raise the issues that need to be addressed soon to save the Gibbons and the ecology of Barekuri before it is too late,” he added.

Also Read: Meghalaya: One person injured in hit and run case in Shillong