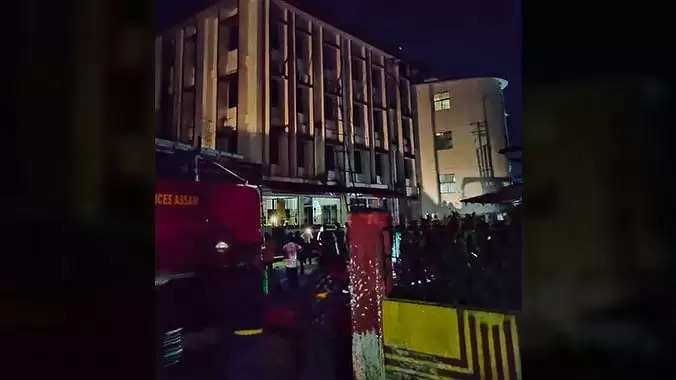 Timely action by authorities at the Assam Medical College and Hospital (AMCH) in Dibrugarh on Sunday night helped avert a potential tragedy at the intensive care unit of the mother and child ward of the hospital and save the lives of several newborn babies.

Hospital authorities had, upon noticing smoke from electrical wires located above the ceiling, believed to be caused by a short circuit, immediately sprayed fire extinguishers in the affected area.

AMCH Superintendent Indra Chutia informed on Monday that the incident took place at 10.15 pm and the situation was restored by the ward boys and security personnel in about 10 minutes.

“There were 54 newborn babies in the ICU and, as a precautionary measure, the critically ill babies were immediately shifted to the inborn ICU, which is just a corridor away,” Indra Chutia said.

Fire tenders had arrived subsequently, and all the wires in the affected and adjacent areas were checked thoroughly.

“One of the infants admitted to the out-born ICU in a very critical condition last Thursday was under resuscitation since 9 pm, but the baby expired at 11.30 pm yesterday. However, the infant’s death had nothing to do with the incident,” Chutia said.

“Our ventilators at the infant ICU have adequate power back-up to keep functioning for about an hour, at least in the event of an electricity shutdown/supply disruption. In this case, electricity has to be shut down for about 45 minutes till 11 pm when the situation was restored,” the AMCH superintendent said.