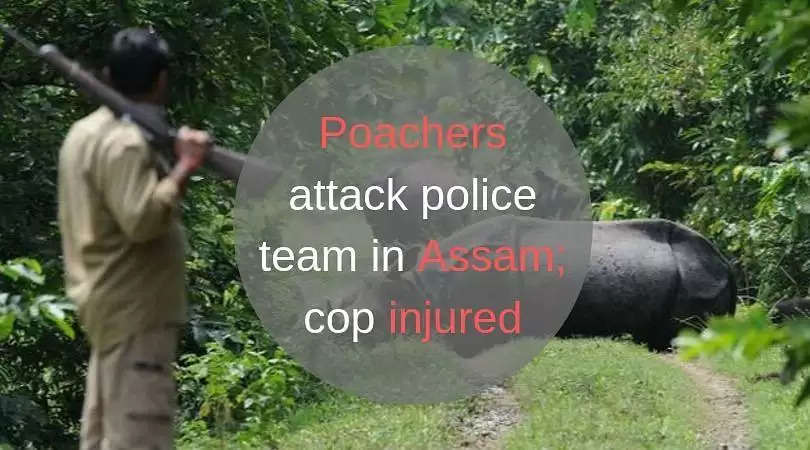 A police officer was injured when poachers attacked a team of law enforcers with sharp weapons in Golaghat district of Assam, an officer said on Wednesday.

Three poachers have been arrested and the prime accused has been identified, the police officer said.

The incident took place at Lakhoujan village under Kamargaon police station limits around 10 PM on Tuesday.

"Mayurjit Gogoi, the Officer-in-Charge (OC) of Kamargaon police station suffered an injury on his left hand when one of the poachers attacked him with a machete," district Additional Superintendent of Police, Surjeet Singh Paneswar, told PTI.

Paneswar had led the operation against the poachers after receiving information about their presence in the area.

Gogoi snatched a .303 rifle from the poachers despite his injury, the ASP said.

The OC was immediately taken to Golaghat Civil Hospital and later shifted to Assam Medical College Hospital in neighbouring Dibrugarh, he said.