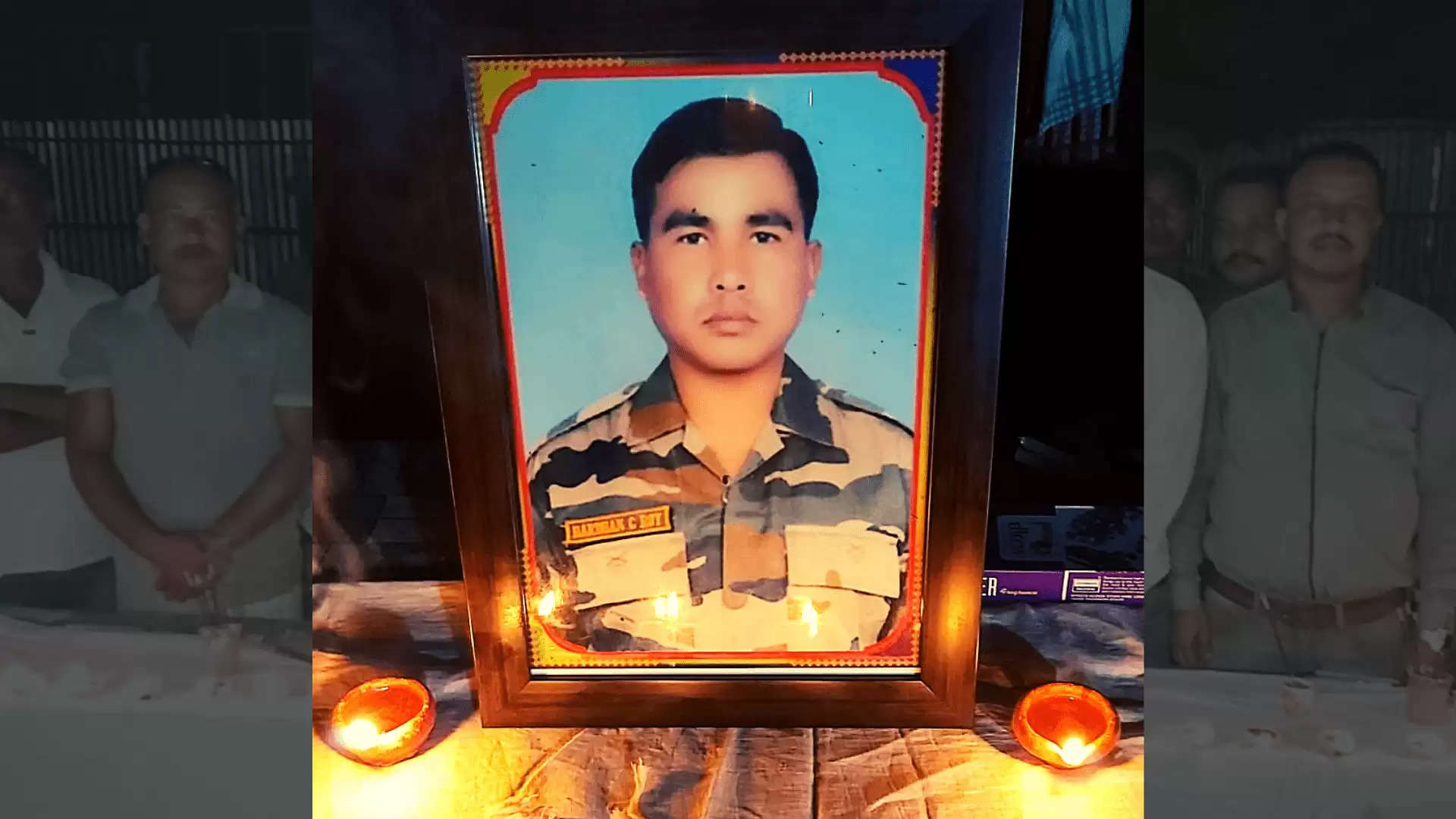 Several earthen lamps were lit at Medhipara village under Sapatgram police station of western Assam’s Dhubri district on Saturday evening, not to celebrate Diwali, but to pay tributes to the valour and sacrifice of Indian Army jawan, Hardhan Chandra Roy, who was martyred in the Uri sector of Jammu and Kashmir along the India-Pakistan border on Friday.

Reports stated that Roy (39) along with at least two other soldiers, a BSF sub-inspector and three civilians lost their lives when the Pakistani Army, in an unprovoked violation of the ceasefire, resorted to heavy mortar shelling from across the Line of Control (LoC).

Sources from his native place informed that Roy, who had joined the 59 Artillery Regiment of the Indian Army in 2001, leaves behind his parents, wife, a one-and-half-year-old son besides three sisters.

“He was posted in the Uri sector of Kashmir just two months back. He was the only son of Tankeshwar and Anima Roy,” said a resident of Medhipara, where a pall of gloom had set in since the news of Roy’s martyrdom broke.

The All Koch Rajbongshi Students’ Union (AKRSU), while condemning the unprovoked firing by Pakistan Army, organised a condolence meeting in front of the martyred soldier’s house on Saturday evening and appealed to the chief minister to provide jobs to Roy’s wife Bokul and his sister.

“His mortal remains will reach the LGBI Airport by this evening. We have been informed that he will be cremated with full state honours. We have requested the government to rehabilitate the family with financial assistance and jobs to his wife and a sister as Roy was the sole bread earner in the family,” AKRSU general secretary Jibesh Roy told TNT-The Northeast Today on Sunday.

Assam chief minister Sarbananda Sonowal has condoled the death of Roy. In a statement here, chief minister Sonowal, while terming the incident dastardly, said the martyred jawan made the supreme sacrifice in the service of the nation and left behind a glowing example of patriotism and valour.

“Though Hardhan Chandra Roy laid down his life in the line of duty, he will remain immortal and keep inspiring the young generation through his bravery and sacrifice,” Sonowal said.

He also extended his condolence to the bereaved family members and prayed for the eternal peace of the departed soul.

Assam Governor Prof. Jagdish Mukhi also condoled the deaths of Rai and other Armymen in Friday's attack and said that the sacrifice made by the jawans are "glaring examples of valour, dedication and patriotism".