Shanti (86) was undergoing treatment for an eye-related issue in Delhi and had recently undergone an operation. 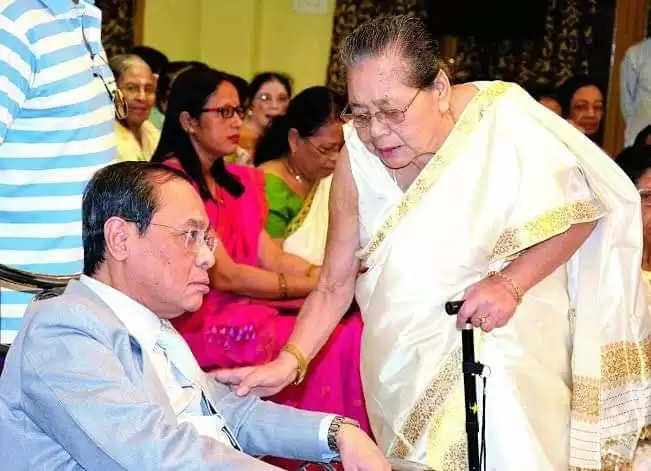 Former Chief Justice of India (CJI) Ranjan Gogoi’s mother, Shanti Gogoi, passed away in the wee hours on Friday at a private hospital in New Delhi.

Shanti (86) was undergoing treatment for an eye-related issue in Delhi and had recently undergone an operation.

She was a well-known social worker and the founding president of the Socio-Educational Welfare Association (SEWA), an NGO based in Dibrugarh. She formed the NGO in 2000, two years after her husband’s death.

Born on August 30, 1934, to Jogesh Chandra Borgohain and Padmakumari Gohain, She got married to Keshab Chandra Gogoi at the age of 16.

She appeared for matriculation examination after her marriage in 1951 and later completed her graduation from Kanoi College in Dibrugarh.

She authored several books and articles and also released her autobiography, Huworonir Rongin Paatin, in September 2018.

Her mortal remains will be brought back to Dibrugarh on Friday.