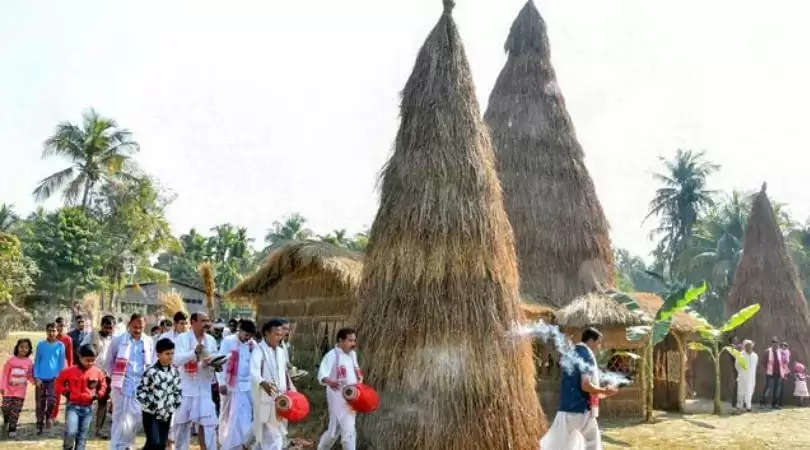 People celebrating harvest festival 'Bhogali Bihu', in Assam on Wednesday activists of the All Assam Students Union (AASU) are burning copies of the controversial law, Citizenship Amendment Act in meji bonfires across the state.

Agitators are using the main harvest festival- the Magh Bihu- as an opportunity to vent their anger against the ruling BJP government, who they accuse of betraying the people's mandate by supporting the legislation in parliament. The excitement of the festivities is there, but tinged with some anxiety about the future.

People seemed less enthusiastic about celebrating the festival as five people were killed allegedly due to police firing during anti-CAA protests in the state in December last year.