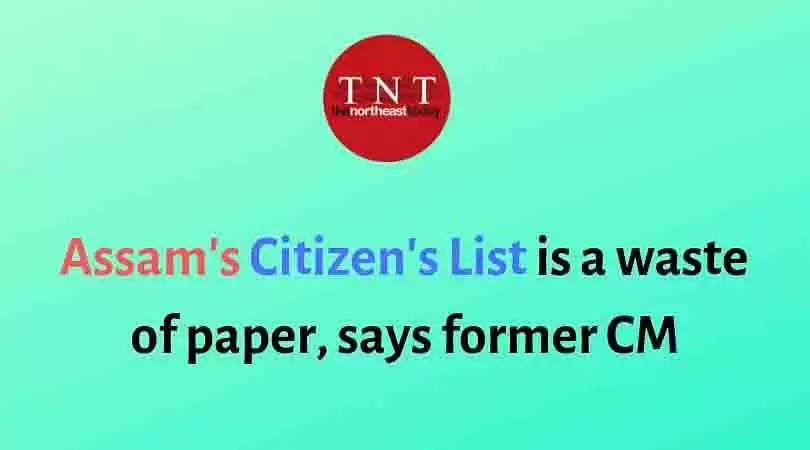 GUWAHATI, January 28, 2019: Former Assam Chief Minister Tarun Gogoi on Sunday described the National Register of Citizens (NRC) a "waste paper" and said it should have been linked to voters list.

"The whole exercise by spending crores of rupees to update the NRC for detecting illegal foreigners have been wasted. The process was started in 2013 and in five years they (the BJP government) could not publish a correct NRC," the senior Congress leader said.

The NRC is a "waste paper and has become valueless now", Mr Gogoi told a press conference in Guwahati.

It should have been linked to the voters list till January 2019. Those over 40 lakh people left out of the complete draft of the National Register of Citizens (NRC) are still in the voters list and they will cast their vote, he said.

"We (when Gogoi was the chief minister) had impressed upon the Centre that a similar NRC updation exercise has to be taken up in all states and not exclusively in Assam," Mr Gogoi added.

Regarding the Citizenship (Amendment) Bill, he said it has not only been opposed in Assam but also across the country with the BJP's allies — the JD(U), Shiv Sena and most of the chief ministers in the northeastern states being against it.

"Assam Chief Minister Sarbananda Sonowal and Finance Minister Himanta Biswa Sarma say we don"t understand the bill. None of us understand (it), only two of them understand," Mr Gogoi said.