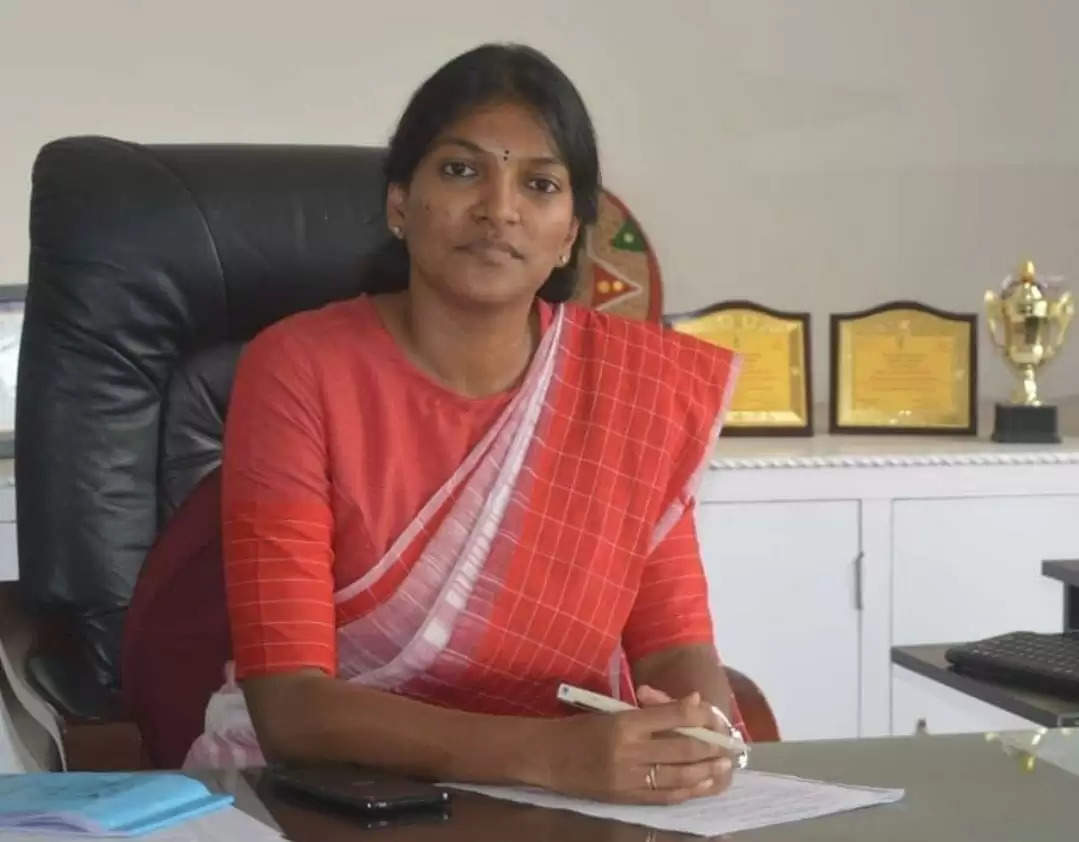 The Deputy Commissioner of Assam's Cachar district who is leading the fight against the coronavirus pandemic from the front preferred duty over personal life as she refused to take leave even for a day for her marriage and instead the groom flew in for the ceremony.

Keerthi Jalli, a 2013 batch IAS officer, surprised family and friends when she told them that she could not come home in Hyderabad for her wedding by leaving aside her crucial official responsibilities.

Rather, she told them, she would be happy to get married at her official bungalow in Silchar if the groom comes to her place of posting.

"I just could not think of taking leave for my wedding. I understand it is the most important event of anyone's life, but I could not imagine going away from my district where the average positive cases are about 100 and I am fighting to save lives," Jalli told PTI over the phone.

Her family, in-laws, especially the groom, appreciated her decision.

The groom, Aditya Shashikant, who is from Pune, came to Silchar well in advance so that he could remain in mandatory quarantine, following COVID-19 protocols.

The wedding took place on Wednesday, an Assam government holiday, with no pandal or decorative lights but only Carnatic music playing in the background.

About 800 family members and friends watched the wedding through Zoom video app from different parts of the country as well as abroad.

"My parents could not come from Hyderabad as they were recuperating from COVID after both of them tested positive. Only my younger sister was on my side at the wedding," Jalli said.

All friends and families, who attended the marriage through the Zoom app, dressed up like they were at the venue, just to cheer up the couple.

The young DC invited a few colleagues and friends from her District Cachar and Hailakandi, where she was posted earlier till May.

All of the guests were given staggered timing and at no point of time, more than 20 people were present at her bungalow as per the existing COVID protocol.

Interestingly, most of Jalli's colleagues did not know that she was getting married and they were invited to her bungalow on the pretext of a 'Ganesh Puja' and all of them realised about the wedding only after they arrived at her residence.

Jalli attended office on Tuesday and again on Thursday, a day after the marriage when she visited the Silchar Medical College Hospital to take stock of the hospital infrastructure amid the spike in COVID cases in the Barak valley.

In between, on the wedding day too, she was attending official phone calls and kept giving several administrative instructions.

Ever since she has joined Cachar, Jalli has been working for capacity enhancement of the Silchar Medical College, other hospitals in the district and improving critical health infrastructure.

In her earlier posting in neighbouring Hailakandi, Jalli was known for her commendable work related to healthcare, women welfare and bringing harmony between communities, after a few incidents of communal strife.

"I had received phenomenal love and respect for my work in Hailakandi," she said.

Hailakandi, bordering Bangladesh, was lacking in different development parameters and considered to be a socially sensitive district.