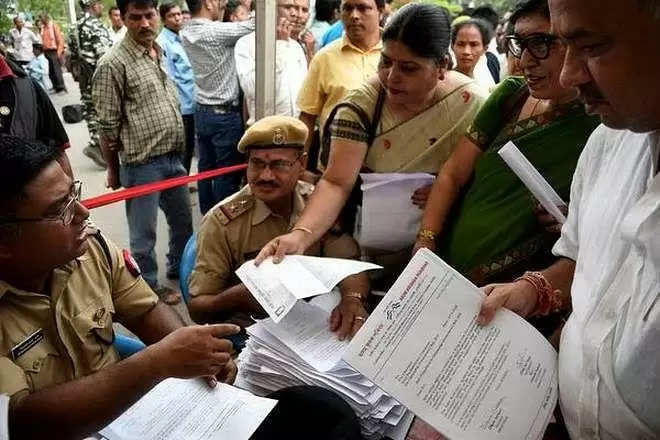 In the backdrop of strident opposition to the Citizenship Amendment Bill 2016 in Brahmaputra Valley, activists in Barak Valley said an impression is being created that Assam will be flooded with "Hindu Bengalis from Bangladesh" if the bill is passed. They said this perception is wrong because a diversity of ethnic groups with distinctive cultural identities other than Hindu Bengalis still reside in Bangladesh.

Since the partition of the Indian subcontinent in 1947, these ethnic groups have migrated to northeast states in different phases of time. The migration has slowed down from 1971 with the creation of Bangladesh, but some experts said it cannot be said with certainty that migration of smaller ethnic groups from Bangladesh to India has completely stopped.

"We are saddened by the fact that a discourse is being built around the bill that Bangladeshi Hindus or Hindu Bengalis from Bangladesh will swamp our state once the bill is made into a legislation," said Sadhan Purkayastha, secretary general of Citizens' Rights Preservation Committee Assam.
"Bangladesh is also home to a sizeable population of Chakmas, Kochs, Garos, Khasis, Hajongs, Meiteis, Bishnupriyas among other communities. Members of these communities, practising different religions, also reside in northeast. These communities are not outside the purview of the bill. Then why is the discourse on one particular community," Purkayastha said.

Former vice-chancellor of Assam University in Silchar, Tapodhir Bhattacharjee, said it is erroneous to counter the bill on the basis of possibility of influx from one particular community or particular religious group. "We all know different communities migrated to northeast in different phases of history. It is only a matter of which historical date we take to claim someone as son of the soil. Civilization is a history of diaspora. Let's not make a division for the sake of opposing the bill. Our struggle is between haves and have-nots not between communities," Bhattacharjee said.

According to Joshua Project, a USA-based organization that maintains worldwide ethnological data to support Christian missions, an approximate 128,000 Garos, of whom 51.38% practise Christianity, reside in northern areas of Dhaka, Sylhet, Tangail, Mymensingh and Gajipur districts of Bangladesh. It said around 118,000 Kochs, 18,000 Hajongs, 12,000 Bishnupriyas and 20,000 Meiteis practising Hinduism also live in different parts of Bangladesh. The organization also estimated 438,000 Chakmas with 84.82% followers of Buddhism and 639,000 Santhals with 54.37% followers of Hinduism also reside in Bangladesh. A small population of Rabhas also reside in different pockets of Bangladesh.

Statistics say in 1961 there were about 80,000 Khasis in East Pakistan and since the creation of Bangladesh, the population has come down to approximately 20,000, most of whom are concentrated in northern areas of Sylhet, which in Khasi language is also called Synteng.

The bill seeks to grant citizenship to Hindus, Sikhs, Buddhists, Jains, Parsis and Christians from Bangladesh, Pakistan and Afghanistan, by proposing to amend the Citizenship Act 1955 so that the religious minorities from these countries are eligible for citizenship by "naturalization" in seven years instead of the existing 12 years. Critics of the bill said it is against the secular foundation of the Constitution and a violation of Article 14 which guarantees right to equality.