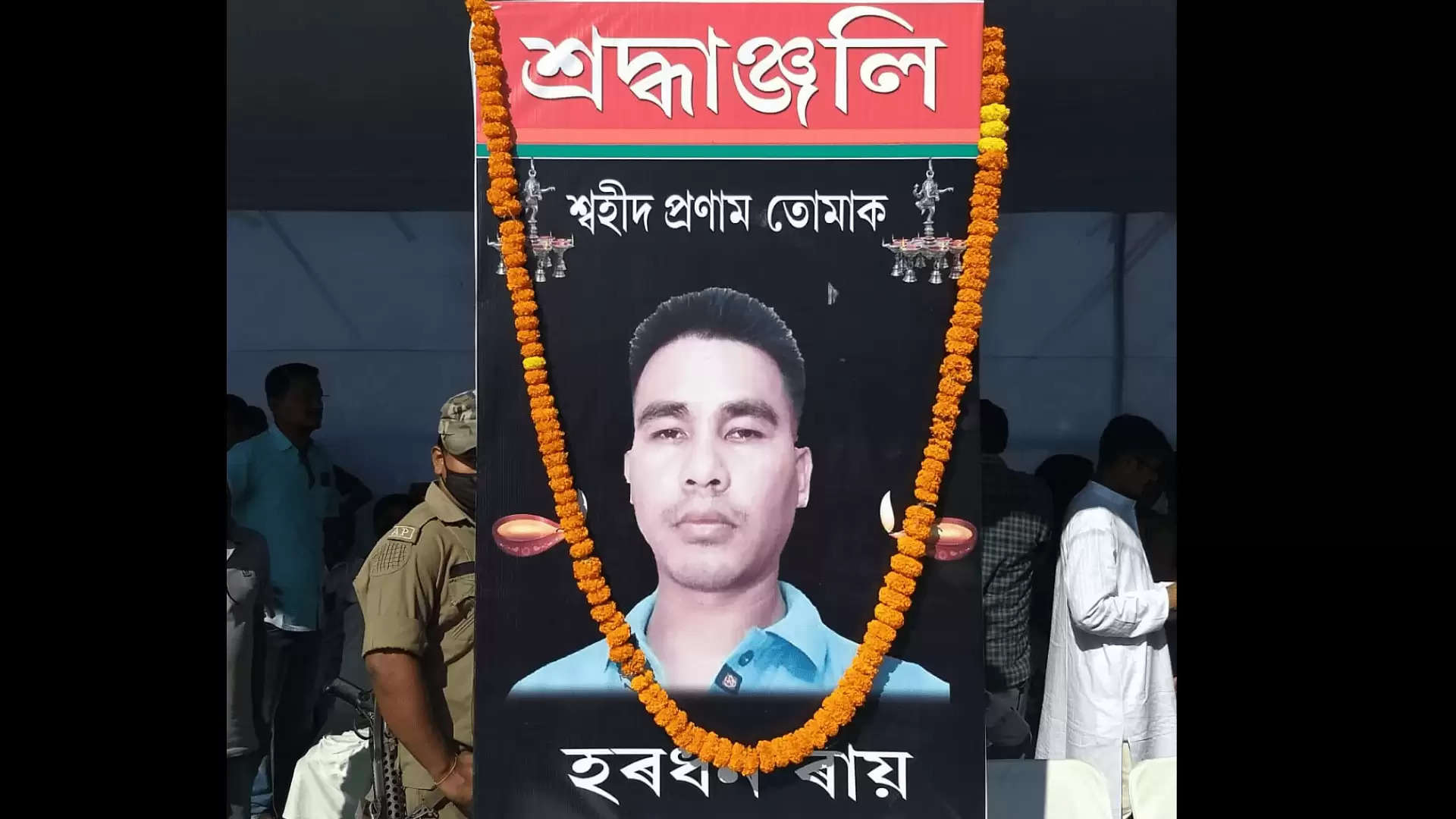 The last rites of martyred Indian Army jawan, Hardhan Chandra Roy were performed with full military and state honours at his native Phutukibari-Medhipara village in Dhubri district on Monday morning.

The funeral pyre was lit by the soldier’s wife, Bakul Roy in the presence of family members and hundreds of people, including villagers, Army, police and district officials.

Hundreds took part in the funeral procession and gathered at the cremation site to pay their last respects to the brave soldier was among the five Army jawans martyred in the unprovoked ceasefire violation by Pakistan along the Line of Control (LoC) in the Uri sector Jammu and Kashmir on Friday.

Political leaders, including BJP state president Ranjeet Kumar Dass, Cabinet minister Phani Bhusan Choudhury, and members of organisations, including the All Koch Rajbongshi Students’ Union, were also present in the funeral procession to extend their condolences to the family and lay wreaths on the mortal remains.

Speaking to newsmen at the cremation site, the BJP state president said that the supreme sacrifice of Havildar Roy in the line of duty would inspire youths to serve the armed forces.

Earlier, covered in Tricolour and flowers, the mortal remains of the 39-year-old was brought to his village from Guwahati early on Monday morning.

On Sunday evening, Chief Minister Sarbananda Sonowal paid his last respects to the jawan at the 151 Army Base Hospital, Basistha in Guwahati.

Extending his condolences, Sonowal announced that the state government would provide financial help of ₹ 20 lakh to the bereaved family.