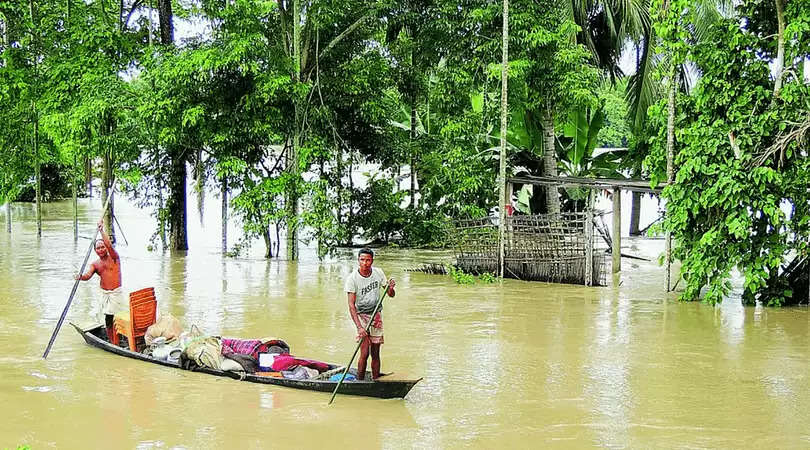 Union Ministry has announced to provide Rs 346 crore under the Flood Management Programme (FMP) in flood-affected Assam, an official said on Wednesday.

During a press conference, a government official said that Union Jal Shakti Minister Gajendra Singh Shekhawat promised Assam Chief Minister Sarbananda Sonowal that the first installment under FMP of Rs 346 crore would be released to the state soon. Sonowal apprised Sekhawat about the massive devastation caused by over a month-long flood along with erosion in the state and various steps taken by the state government to deal with the situation.

The Union Jal Shakti Minister also stressed the need to adopt the latest technologies in flood management and promised to extend all help and support from his ministry in finding permanent solutions to the problems of flood and erosion in Assam.

The ongoing month-long monsoon flood in Assam has killed at least 89 people, while around 26.32 lakh people of over 2,525 villages in 26 of the 33 districts were affected.

The flood has also damaged 115,515 hectares of crop area and infrastructures across the state.