Citing figures of a couple of essential edibles, the party informed that the retail price of mustard oil has increased from Rs 153-Rs 163 per litre during the first week of April 2021 (pre-curfew) to Rs 190-200 per litre (during curfew) during the last week of May 2021. 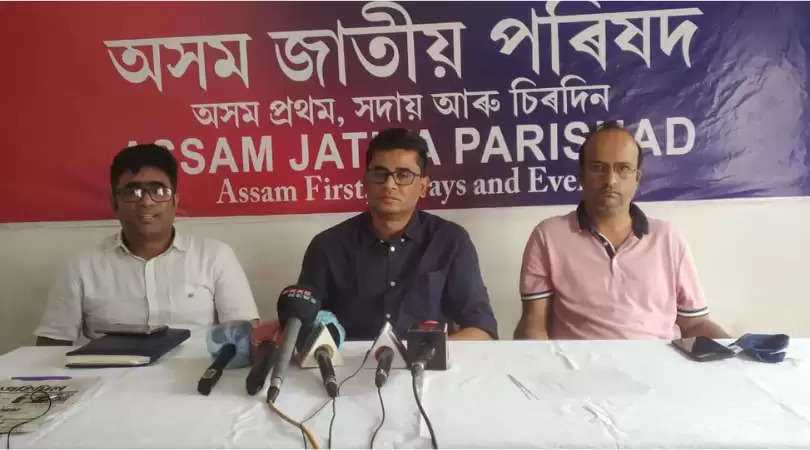 Regional party Assam Jatiya Parishad lambasted the state government for its “indifferent stance” on the abnormal increase in the price of essential commodities, “especially the 20 per cent hike in the retail rates of daily-use edibles during the COVID curfew period in April-May.”

Citing figures of a couple of essential edibles, the party informed that the retail price of mustard oil has increased from Rs 153-Rs 163 per litre during the first week of April 2021 (pre-curfew) to Rs 190-200 per litre (during curfew) during the last week of May 2021.

Addressing reporters at the party office here on Sunday, AJP vice president Dulu Ahmed demanded an inquiry into the “abnormal” increase in the prices of edibles, that too during a pandemic, when the common man has been the hardest hit.

“Going back to 2016, curbing inflation was the prime agenda of the BJP government in Assam then. But instead of regulating prices, both wholesale and retail, of essential commodities not to mention other items, the rates have increased almost two fold,” Ahmed said, while pointing out that the regional party was only highlighting a burning issue during COVID, based on facts, and not criticising the new BJP-led government.

He further said prices of basic edibles like dal, cooking oil, rice, sugar, etc have increased by 20 per cent each year since 2016, and by 20 per cent from the first week of April this year to the last week of May.

“This, at a time when people are battling against a pandemic with incomes and income opportunities restricted, owing to the COVID-induced curfew. Imagine what will be the condition in the next 12 months,” Ahmed added.

The party further urged the government to unearth the root cause of the inflation and take to task any unscrupulous section or syndicate which might be at work.

“We would like to ask that at this crisis time when the priority of the government should have been to curb inflation, to lessen the burden of other restrictions on the common man, why has it not taken any steps so far to regulate the wholesale/retail rates,” he stated.

Ahmed further stated that while food item prices have skyrocketed, the incomes of consumers, farmers and wages of labourers have not increased. “So, what plan does the government have to offset this price-income imbalance and give some succour to people who are already hit by COVID,” he asked.