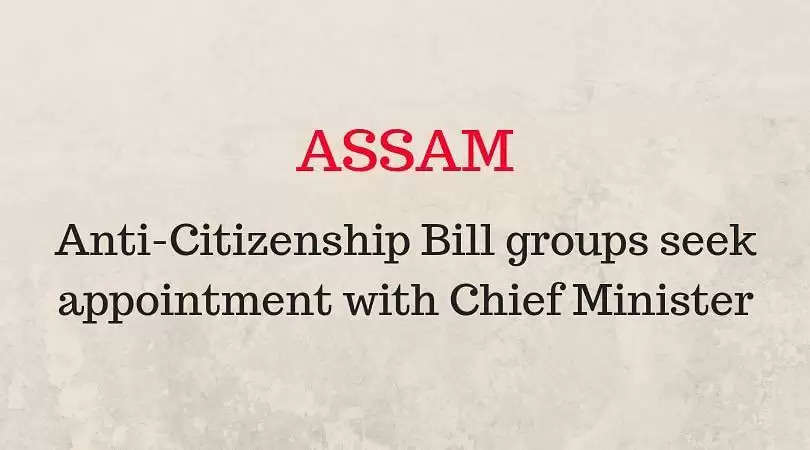 Guwahati, Oct 24 (IANS) Representatives of organisations who had called a 12-hour Assam bandh on Tuesday against the Centre's move to pass the Citizenship (Amendment) Bill 2016, on Wednesday sought an appointment with Chief Minister Sarbananda Sonowal to discuss the issue.

Serving an ultimatum on Assam Chief Minister Sarbananda Sonowal to convene a meeting within a week with the representatives of 60 organisations that had called the bandh, RTI activist Akhil Gogoi warned that a mass movement would be launched across the state in protest against the Bill in case the CM refused to hear them out.

"We have come to know that the Joint Parliamentary Committee on Citizenship (Amendment) Bill 2016 is likely to submit the report to Parliament in the Winter Session. However, the Assam government is yet to make its stand clear on the Bill," said Gogoi.

The Bill seeks to grant citizenship to non-Muslims from Bangladesh, Pakistan, and Afghanistan, drawing opposition from several organisations in Assam.

Gogoi said that the representatives of the agitating organisations also plan to meet the legislators of the Asom Gana Parishad (AGP) to know the party's position over the issue. The AGP is a member of the BJP-led alliance government in Assam.