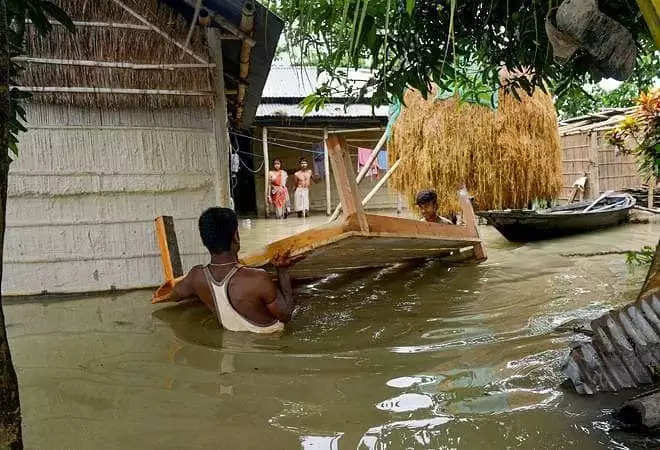 The devastating floods in Assam have increased the number of deaths in the state. The death toll in the current wave of flood in Assam rose to 67.

There is improvement in the flood situation in the state, the water levels in several areas are receding.

According to the Assam State Disaster Management Authority (ASDMA), one each body was recovered from Dhemaji, Goalpara and Rangiya and two bodies from Morigaon districts.

ALSO READ:Man asks friend to rape minor wife, divorce her & be with his lover

Governor of Assam Jagdish Mukhi, along with Parimal Suklabaidya, Minister for Forest and Environment visited two Relief camps in Bokakhat subdivision on Sunday.

Between July 13 and July 15, almost 90% of Kaziranga, went underwater. Governor made an aerial survey of flood in the districts of Darrang, Morigaon, Nagaon and Golaghat.

Water levels are expected to shrink.