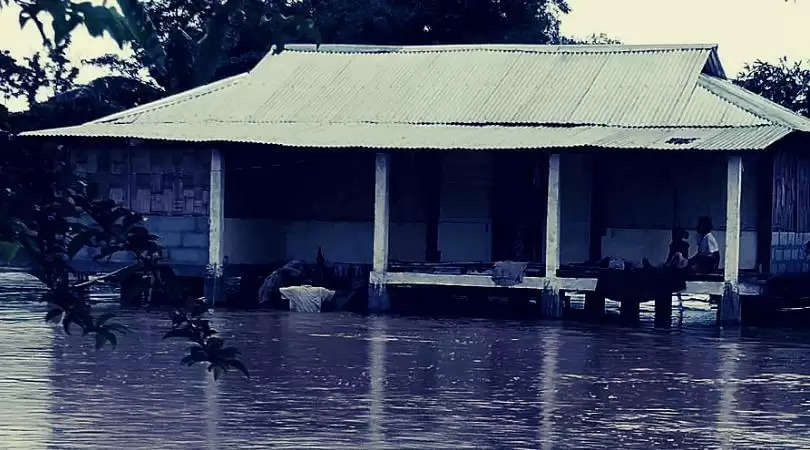 At least 17 districts have been inundated due to heavy rainfall in the north estate of Assam and over four lakh people affected, officials said.

Officials said that the Brahmaputra river along with five other rivers in the state are flowing above the danger level.

After a weather office had forecast more rainfall this weekend, the ferry service have been stopped across Assam.

In neighbouring Arunachal Pradesh, two schoolchildren died after they got buried in a landslide in Tawang, close to the border with China, taking the number of dead to six since Tuesday when heavy rain started in the region.

Dhemaji and Lakhimpur in the tea-rich Upper Assam, and Bongaigaon and Barpeta in Lower Assam are the worth hit.

Officials said floodwaters from the higher areas will flow towards the valleys, worsening the situation in Lower Assam areas.

Bhutan has also issued a flood warning for areas in the foothills.

Among the 17 districts, Barpeta is the worst-affected with over 85,000 people seeking shelter, said the Assam State Disaster Management Authority, according to news agency PTI.