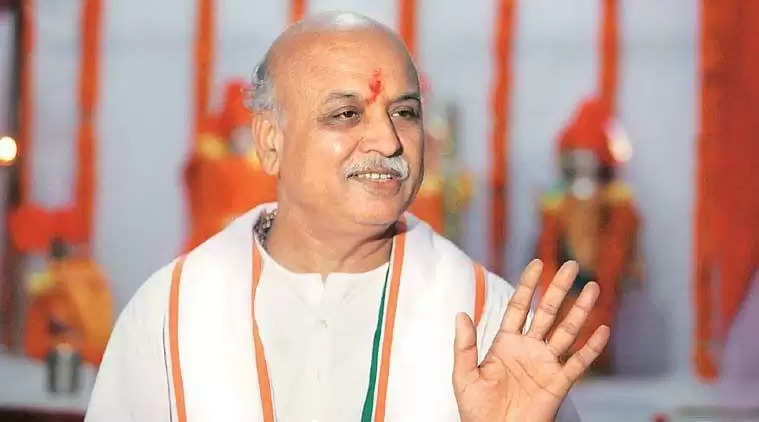 National president of the Antarashtriya Hindu Parishad (AHP), Pravin Togadia suggested the Government to capture land in Bangladesh with the help of Army and settle the alleged 50 lakhs illegal migrants if they refuse to take them 'back'.

The veteran leader, who had recently floated Aantarshtriya Hindu Parishad (AHP) arrived in Assam capital town with black cloth tied in his mouth said in protest against the Government's move to gag his freedom of speech and said the BJP Government came to power both in Centre as well as in Assam with a to deport 50 lakh illegal immigrant.

As per the AHP leader, Government of Assam failed to support the Hindus in the region and also failed in protecting the 'Jati Mati and Bheti' in the region.

Supporting the proposed Citizenship (Amendment) Bill, 2016, Togadia said that if the bill is passed then AHP will help the Government to settle the Hindus coming from the countries like Afghanistan, Pakistan and Bangladesh to any part of the country.

"If Government gives their hand to the Hindus then I would take the responsibility to rehabilitate these Hindu migrants in each and every corner of India," said Togodia.

Speaking on the issue of him being restricted to hold any public meetings, he alleged that there is no difference between the former Congress-led Government and present BJP-led Government in Assam as they have taken away the democratic rights.

Togadia also claimed that the more than 7000 bighas of Sattras (Vaishnavite Monastery) in Assan are under encroachment by illegal Muslim infiltrators.

ogadia said, "While my right to free speech is curtailed, Bangladeshis are welcomed. I have been in public life for 32 years and addressed thousands of public rallies and there is no instance that after my speech there has been law and order situation."