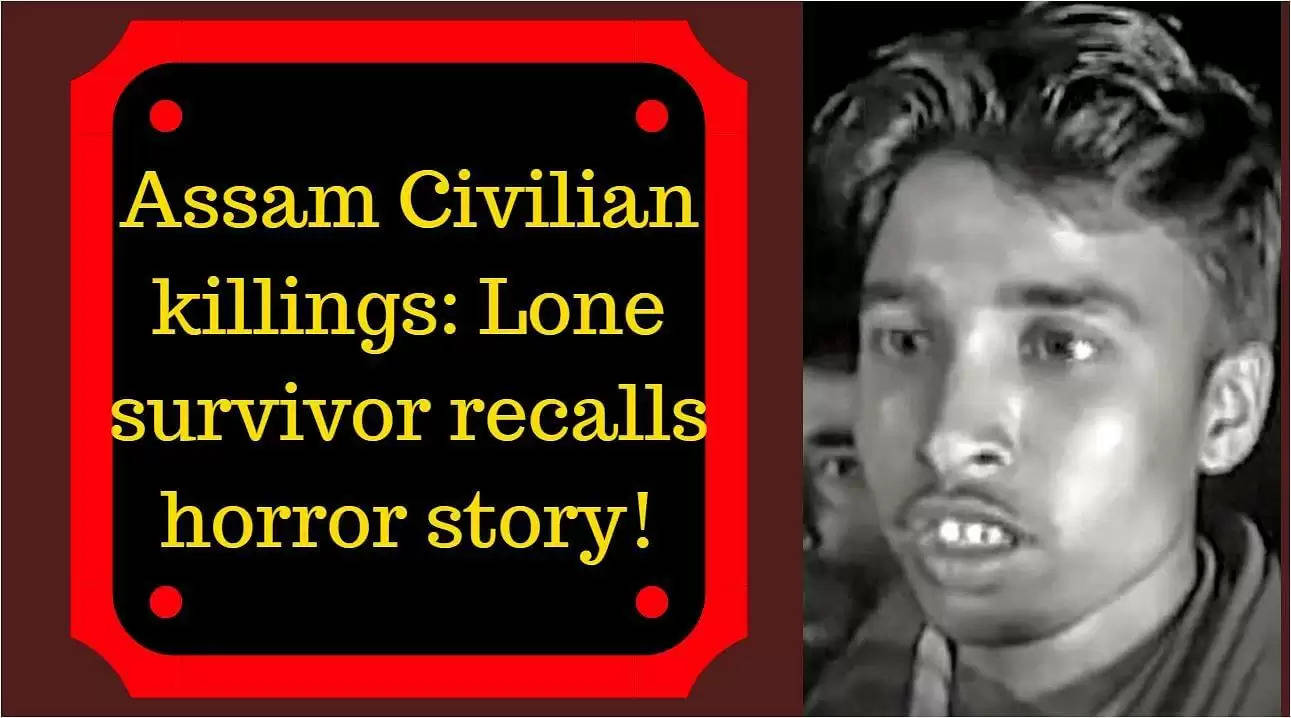 On the fateful night of November 1, 2018, the state of Assam was rocked by yet another militant brutality and this time, they had killed 5 innocent civilians at Tinsukia in the state. Even as the state of Assam is yet to recover from the serial blasts triggered by militants on October 30, 2008 that claimed more than 87 lives, the fear of militancy continues to haunt people who live in fear every single day.

ALSO WATCH | A DARK DAY IN THE HISTORY OF ASSAM: A TRIBUTE

A day after the murder of 5 innocent civilians, the lone survivor of the killing Sahadeb Namasudra  recalls the horror story. Five of his friends were killed on Thursday night.

As per a report in The Hindu, Sahadeb, a daily wager in his 20s, was playing a video game on his mobile phone at a shop where his friends assemble almost every day before heading home in Bisnimukh-Kherbari in eastern Assam's Sadiya police district.

As Assam's AASU leader joins ULFA(I), will this set precedent for more youth to follow suit?

Half hour after returning from work and gathering at the shop at 7:30 pm, Sahadeb and Ananta Namasudra, Abinash Namasudra, Subal Das, Dhanai or Dhananjoy Namasudra and Syamal Biswas saw three motorcycles stop near the shop.

Used to seeing soldiers and paramilitary personnel, the six were not alarmed when six people in military fatigues approached them. Each wielded a rifle and had his face covered by black cloth.

"They spoke with us in Hindi and asked us to accompany them. A woman and her child at the shop were told to stay put," Sahadeb said.

The six armed men ordered them to sit on a spot under the bridge about 250-300 yards from the shop. "I sensed trouble when one of them snatched my mobile phone after I switched on the torch," he said.

"The armed men were speaking in Assamese among themselves, but switched to Hindi whenever someone had something to tell us. The others did not want to sit, and this angered the assailants," Sahadeb said.

The guns blazed a few seconds later. Simultaneously, Sahadeb's foot landed in a ditch. Some bullets whizzed past his head as he fell and became unconscious.

"They probably thought I was dead. The bodies of my friends, oozing blood, were still warm when I regained consciousness," he said.

The Assam government on Friday announced Rs 5 lakh as compensation for each of the five people killed.

The ULFA has however denied any role in the incident.

With inputs from The Hindu