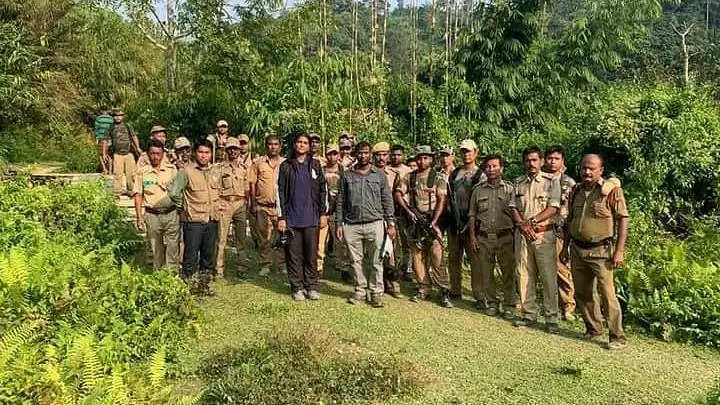 With a semblance of order resuming along the Assam-Mizoram border, Cachar Deputy Commissioner Keerthi Jalli trudged about 25 kilometres deep inside the Aitlang Khal area for an inspection along the inter-state boundary.

The team started the trek-cum-inspection on Tuesday morning and walked for almost 12 km from Dholai to Aitlang area.

The deputy commissioner also interacted with the residents who informed her that some people from Mizoram visited the area recently, while some miscreants, suspected to have intruded from across the boundary, removed the forest boundary pillars in the Aitlang area.

After the border inspection, the team returned to Dholai through Jamirkhal area around 6:00 pm. The team travelled on foot for eight hours.

“The district officials beefed up security along the border area as miscreants have already demolished two school buildings inside Assam’s boundary,” an official statement issued said.