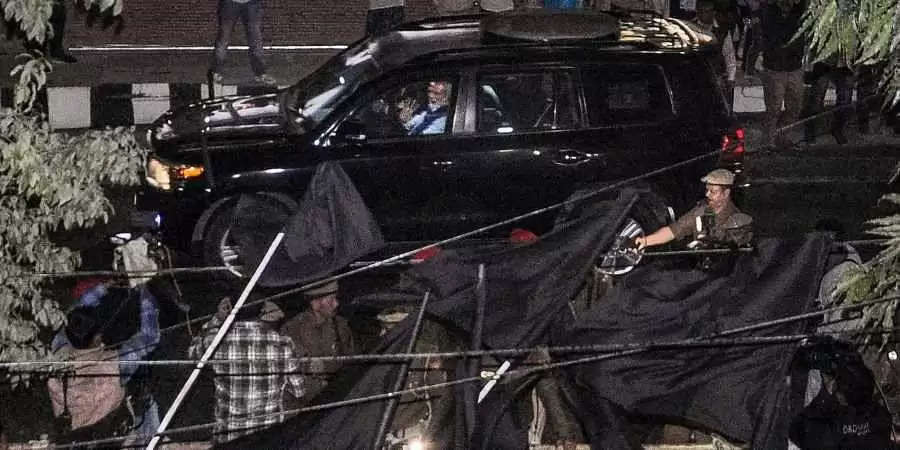 Modi, who was on his way to the airport from the Raj Bhawan here, was shown black flags by protesters belonging to the Asom Jatiyatabadi Yuva Chhatra Parishad (AJYCP) at Machkhowa area.

Minutes later, a group of students showed black flags to the prime minister when his huge convoy was passing through the Gauhati University at Jalukbari area.