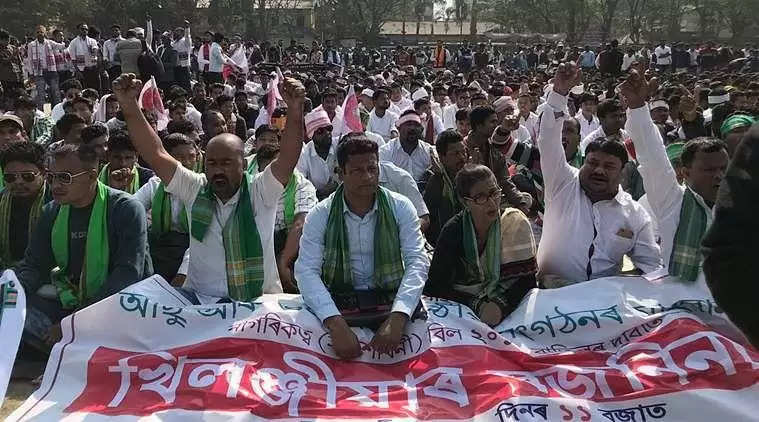 GUWAHATI, January 25, 2019: Tired of seeing black flags during functions and public rallies, the BJP in Assam has decided to hoist white flags on the venue the very next day wherever and whenever the party leaders were shown black flags by people agitating against Citizenship (Amendment) Bill 2016.

Assam Finance minister and convener of the BJP-led North East Democratic Alliance (NEDA) said this on Thursday while addressing a meeting of the BJP workers at the Sarusojai stadium in Guwahati.

"Wherever the agitators show black flags to our party leaders, our members should hoist white flags 100 times more than those black flags at the same venue the next day," said Sarma while appealing to party workers to be courageous enough to support the Bill openly.

"Do not fear anyone. Tell everyone openly that Our Prime Minister Narendra Modi has brought the Bill and that you support the Bill," said Sarma, adding Chief Minister Sarbananda Sonowal and each BJP worker will turn into a Maha Nayak (super hero) if the Bill is implemented in the state.

Dozens of organizations and individuals have been opposing the contentious Bill ever since it was passed by the Lok Sabha on January 8. While there have been protests on the streets across the state in last few days, some organizations, including the Krishak Mukti Sangram Samiti (KMSS), have also started showing black flags to BJP leaders wherever they go in the state.