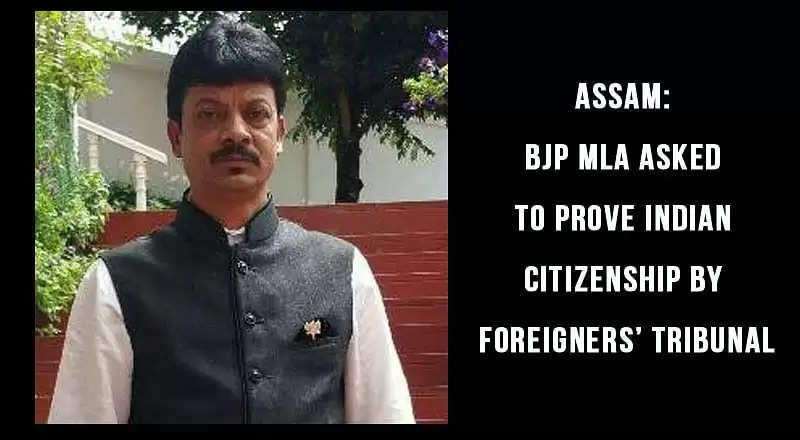 While the mammoth exercise to identify the legal citizens of Assam was going on, the Foreigners Tribunals (FTs) of Assam has declared almost 20,000 people as foreigners till October 2017. And nobody is immune to this as the crackdown continues to bring in people from all sections of society.

In a recent case, a foreigners' tribunal has served a notice to a BJP legislator from Barak valley and members of his family asking them to prove their Indian citizenship before the tribunal.

"The Foreigners' Tribunal No 1 at Cachar has served a notice suspecting BJP MLA from Borkhola constituency Kishore Nath and six members of his family as doubtful voters. The notice has been received by Nath this morning," a source said in a leading National Daily.

Nath has confirmed the notice has been served on him and he vowed to challenge the tribunal's notice. "I am a son of the soil….a native of Barak valley and I am an Indian. I will prove it," he said.

Nath along with his family members will now have to appear before the tribunal and prove that they are citizens of India.
State Congress president Ripun Borah was quick to react against BJP. "This means that one MLA of BJP is not an Indian citizenship. BJP should apologise to the nation," Borah said.

It may be recalled that this is not the first time such an incident has occurred. An Assam police constable Abu Taher Ahmed had also received a notice from the foreigners Tribunal last year asking him to prove his Indian citizenship.

With inputs from Times of India