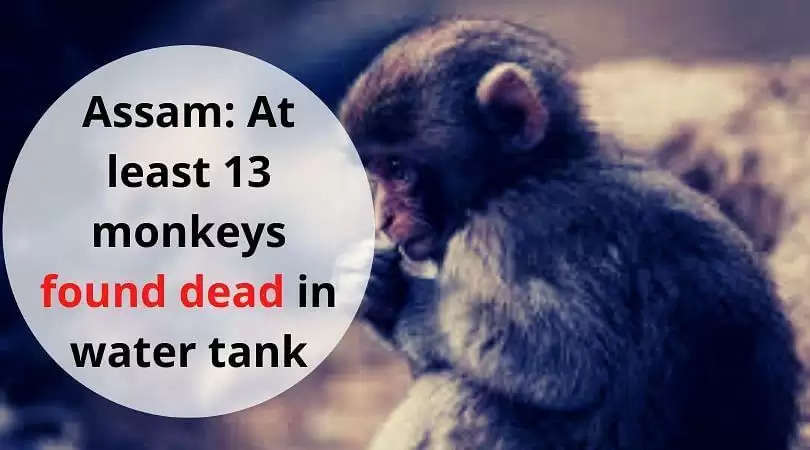 Just a week after the death of a pregnant elephant that caused a mass outrage, another incident took place where as many as thirteen corpses of monkeys were found in a water tank.

The incident took place in a reservoir of the Katirail water supply plant of the Public Health Engineering Department under Karimganj Divisional Forest office on Sunday evening, where all the 13 monkeys were found floating in a water tank. Following the incident, the locals had immediately informed police and forest department officials.

According to the people residing in the area, they said that the monkeys must have been poisoned by some people and in order to drink water to alleviate their pain, they may have dived into the water tank, where they drowned.

Later, the forest department officials recovered the bodies of the monkeys and sent them for a post-mortem. Police have started the investigation on this matter.

The area where the incident occurred comes under the Cachar district, but wildlife is under the jurisdiction of Karimganj Divisional Forest Office.