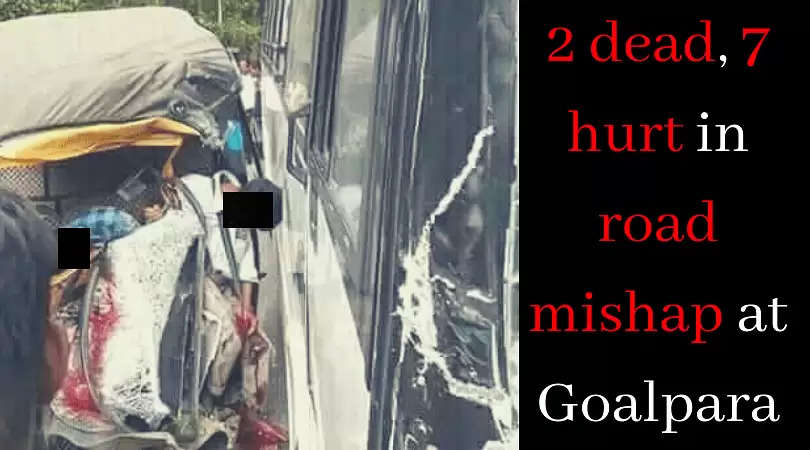 In a road mishap, two passengers died on the spot and six others got severely injured when a Dhubri-bound passenger bus collided with a tempo between Solmari and Bhalukdubi on Wednesday.

The two victims who died on the spot were Debajit Sarkar (32) the tempo driver and Dharanidhar Rabha(58) a local resident.

The six injured persons were identified as Bedila Momin, Anil Sangma, Bhagyashar Rabha, and Fazal Hoque. while the two persons could not be identified till the filing of this report.

As per police sources, the Dhubri-bound passenger bus (AS-17-9313), which began its journey around 11.30am from Hasilapara of Goalpara town, collided head-on with a tempo full of passengers. The impact was so severe that the front side of the tempo was totally crushed killing Sarkar, its driver, and Rabha, who was the passenger in the front seat.

All the injured were admitted to the nearest hospital, the condition of the injured is said to be critical.