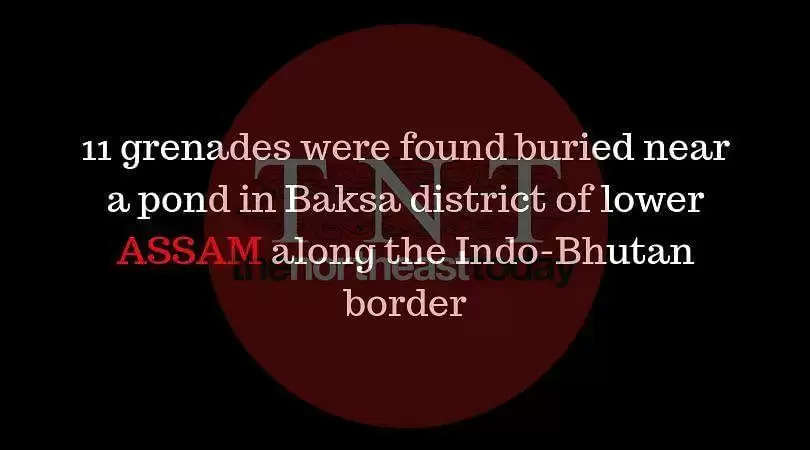 Tamulpur (Assam), Nov 23 (PTI) At least 11 grenades were found buried near a pond in Baksa district of lower Assam along the Indo-Bhutan border on Friday, police said.

Whether the grenades were live is being examined.

A group of people of Sashipur village under Tamulpur police station spotted a jute bag while fishing in the pond, police said.

The villagers dug out the jute bag and and found mud-covered grenades inside.

Police said the grenades were later handed over to them and investigations are on.