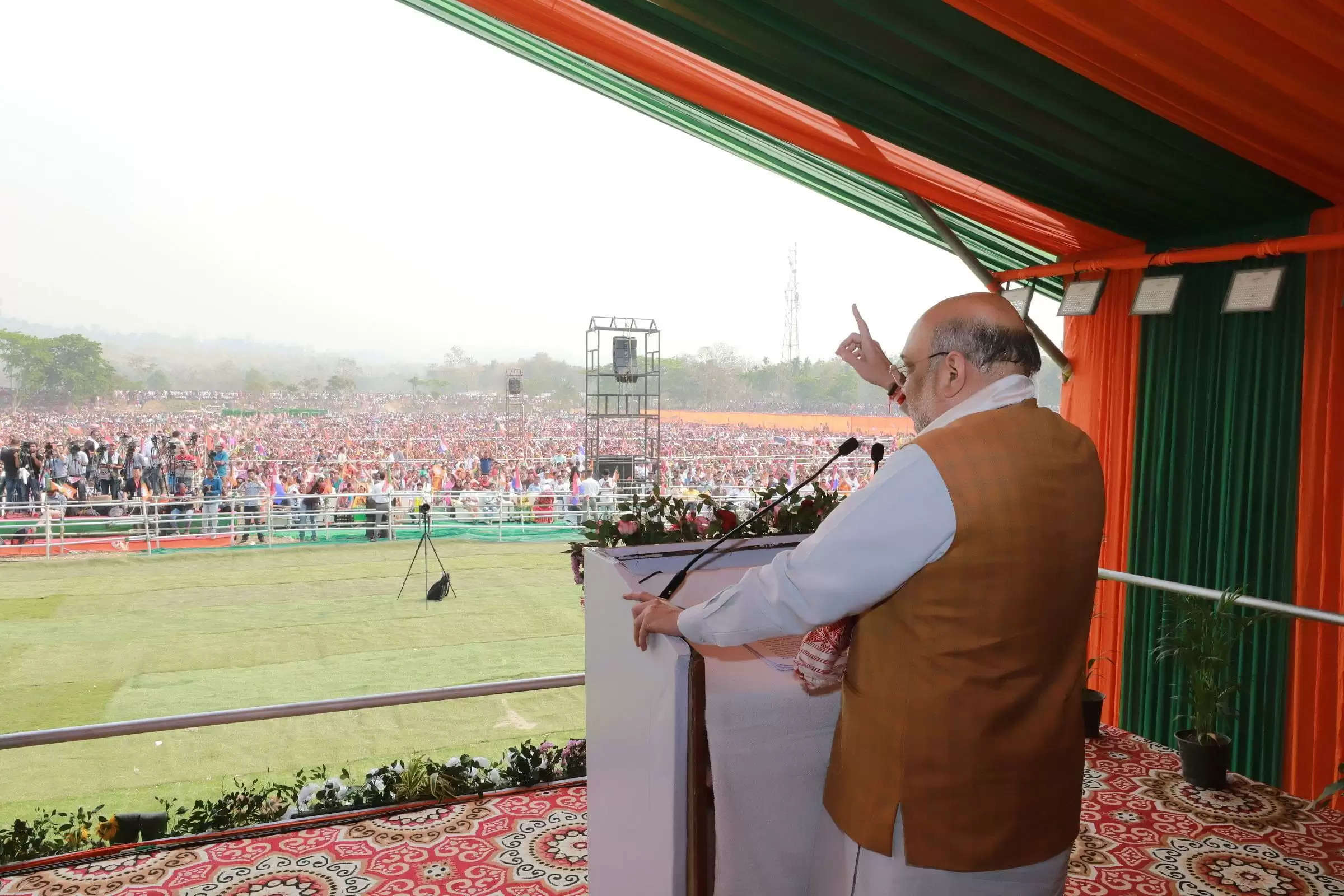 Addressing a poll rally at Kamalpur in Assam’s Kamrup district, Shah said, “We will bring laws against land jihad and love jihad, a commitment which has also been referred to in the BJP manifesto released recently.”

‘Love jihad’ is referred to the relationships between Muslim men and Hindu women, with the former alleged (by sections) to seduce Hindu women and lure them into marriage to convert them to Islam.

Shah refers to ‘Land jihad’ as the illegal encroachment of land owned by indigenous people, with the saffron party pledging more land pattas to local people if it retains power.

Taking potshots at the Congress-AIUDF alliance, Shah reiterated that a government led by such an alliance, “can never save Assam from illegal infiltrators.”

“So can you vote for such an alliance?” he asked.

Lashing out at the Congress leadership, he said, “Rahul Gandhi, who comes to Assam like a tourist, said that (AIUDF chief) Badruddin Ajmal is the identity of Assam… But he does not know that the Srimanta Sankardev, Srimanta Madhabdev, Bhupen Hazarika and Ahom general Lachit Barphukan, who defeated the Mughal army to save Assam, are the identity of Assam?”

“Today, the country is proud of Assam culture, civilization and language. The BJP-led government has also conferred the prestigious Bharat Ratna on Bhupen Hazarika,” he added.

Shah further alleged that Congress was responsible for separatism and militancy in the state while claiming that, on the contrary, under BJP rule, over 2,000 insurgents have laid down arms to return to the mainstream recently.

“The BJP has made Assam agitation-free, curfew-free and insurgency-free. Give us your mandate for another five years, we will make Assam free from floods and erosion. Over the past five years, we have taken several steps for the state’s development,” he claimed.

Kick-starting the second phase poll campaign in Assam, Shah is scheduled to address four rallies on Friday, including one at Jagiroad and two in Barak Valley.