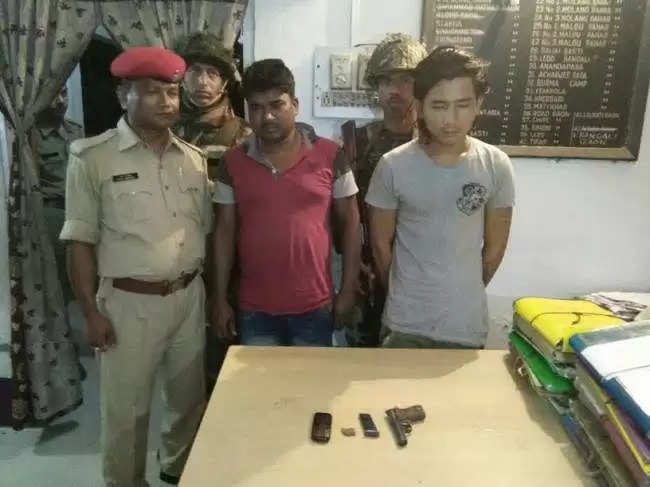 Guwahati, May 21: Two Hardcore militants belonging to the ULFA (I) and NSCN (K) were apprehended by security forces from Tinsukia District of Assam yesterday. Defence PRO Colonel Chiranjeet Konwer based in Kohima said that the ULFA (I) militant was apprehended through an operation carried out at the Ledo along Assam-Arunachal Pradesh border by the the Changlang battalion under DAO division.

A 22 caliber pistol and ammunition was found under the possession of  the nabbed militant identified as as Bikram Chakma.

"On interrogation the cadre revealed the whereabouts of an over gound worker of NSCN (K) named Tara Chand who was involved in extortion activities and was providing support to terrorists in the area. These cadres were working hand in hand terrorizing people to extort money from the area and were involved in various nefarious activities," the Defence PRO said.

These apprehensions are in continuation of successful operations being carried out by Assam Rifles in the region wherein a number of high ranking and notorious cadres have been apprehended in recent days.

These successful operations are acting as major setbacks to the extortion network and activities of outlawed groups in the region.

TNT News with inputs from Indiablooms