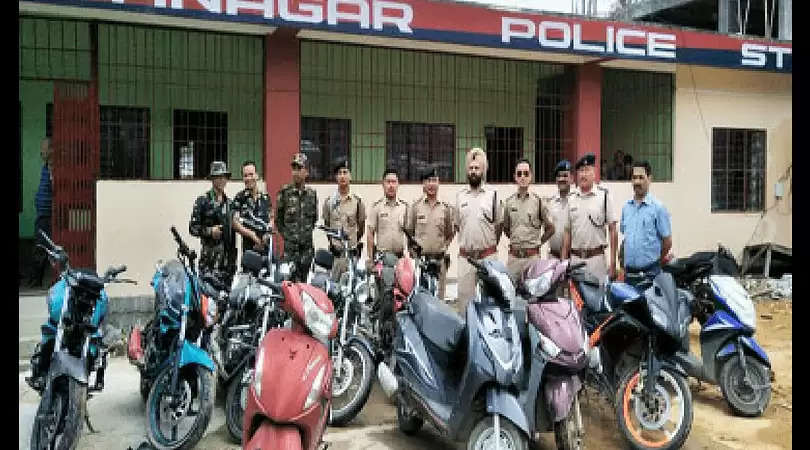 ITANAGAR, May 29, 2018: The state police have recovered several stolen two-wheeler from various parts of Arunachal Pradesh and Assam.

On Monday, Arunachal Pradesh SP, Sagar Singh Kalsi informed that the police arrested one Bare Gyadi from IG Park, in connection with Itanagar PS Case No 108/18 u/s 379 IPC, on the night of 24 May.

The police had also seized a bag containing scissors, screwdrivers, a lighter, and tools used to break open vehicles' locks from Gyadi.

Based on information from the accused, two police teams were formed by Itanagar SDPO Kamdam Sikom.

The other team, comprising Itanagar PS OC T Bage and ASI AK Jha, led by the SDPO, recovered four scooters and one R-15 bike from various locations in the capital complex.

Further, a Bullet bike and a Ray Z scooter were recovered from Jamuguri and Helem in Assam.

The SP said 12 stolen two-wheelers were recovered during the operation.

"Strict direction has been received from the DGP to check the menace of bike lifting in the capital complex," he added.