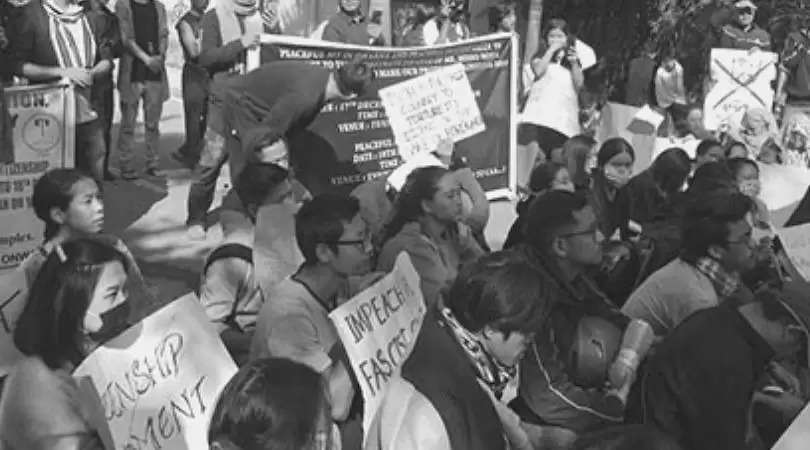 Peaceful protest continue in Arunachal Pradesh with more than hundred of youths staged demonstrations against the Citizenship Amendment Act, from Tennis Court to Raj Bhawan on Wednesday.

The peaceful protest march was organised by the like-minded youths of Arunachal, who spontaneously volunteered to organise protest march to oppose the discriminatory law and in solidarity with the people of Assam and Tripura.'Aazadi' slogan reverberated as the protestors claimed the road leading to Raj Bhavan.

The protesting youths made it clear that they would not submit any memorandum to the Governor as their motive was to send a strong message to the Prime Minister and the Home Minister and the Supreme Court that the people of Arunachal are strongly opposed to CAA and that they stand with Assam and Tripura.