NPP gears up for Assembly polls in Arunachal; keen to contest all LS seats in NE 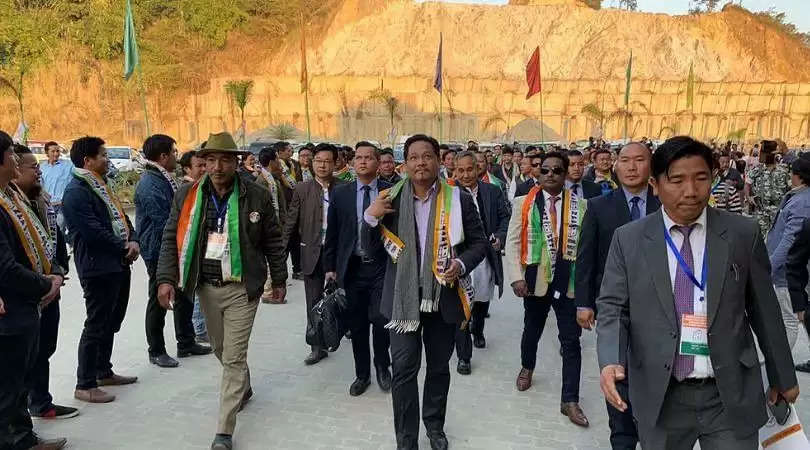 With the Assembly polls approaching in Arunachal Pradesh, the National People's Party (NPP) is all set to consolidate its base in the state by intending to field candidates in as many seats as possible and to refrain from forging any pre-poll alliance.

"In Arunachal Pradesh, we intend to fight this election and work towards making sure that we win as many seats as possible and try to put up as many candidates as we can," NPP national president and Meghalaya Chief Minister, Conrad K Sangma told media persons after the State Executive Meeting of NPP in Arunachal Pradesh today.

Expressing optimism on the positive outcome of the election in Arunachal, Conrad said "A lot of people have given a lot of support to the NPP and you will see many candidates who will come up in this election. I can tell you that the response that we have been getting from the people is tremendous."

The NPP has 7 MLA in the BJP-ruled government in Arunachal Pradesh. The party got a major boost on July 16 last year, when seven out of total nine People's Party of Arunachal (PPA) legislators joined the party.