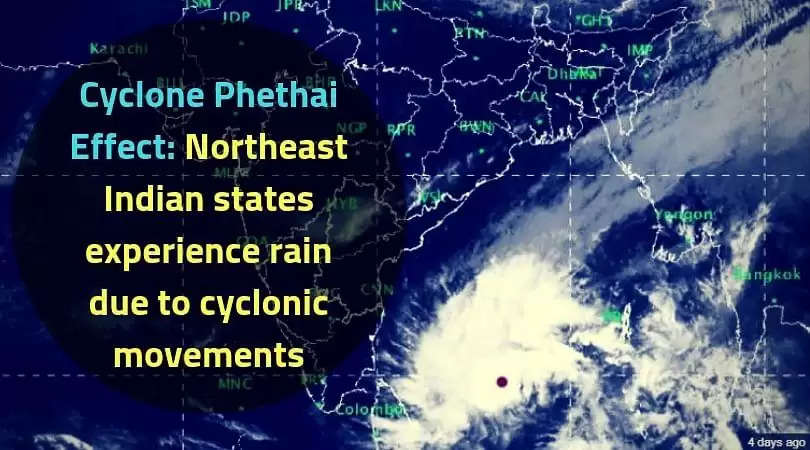 Cyclonic Storm Phethai has made landfall near Kakinada and weakened into a depression. It now lies over Odisha and its adjoining region due to which moderate to heavy rains are likely over Odisha and West Bengal. Rains are also likely over Chhattisgarh and Jharkhand.

DID YOU KNOW About India's 1st ever 'Dwarf Village' and its 'Theatre Group' in Northeast?

In South India, after the cyclone moved up northwards, only mild weather activities are being observed over the southern peninsula. A feeble trough is extending off the Kerala Coast and a fresh cyclonic circulation is seen over South-central Bay of Bengal. Due to these systems, light rain is expected over few parts of Coastal Tamil Nadu and Coastal Kerala.

Lastly in North India, a feeble Western Disturbance is over North Jammu and Kashmir. Therefore, no weather activity is likely over North India. However, the minimum temperatures over most parts of North and Northwest India are below normal and will remain the same.