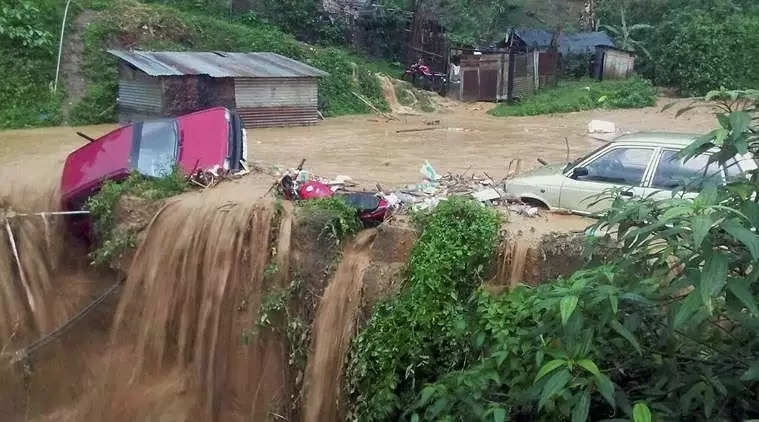 Itanagar, July 4, 2017: Amidst heavy rainfall which has been persistent for the past one week, Chief Minister of Arunachal Pradesh Pema Khandu has issued a red alert on the state. The perennial rains have wreaked havoc through landslides in most districts of the state. He has appealed the citizens to stay alert and remain prepared.

The current situation stands where the landslides have cut off all communication with Upper Subansiri district of Arunachal and Mechuka of West Siang district with other prominent towns of the state.

The capital town of Itanagar too has been cut off from the rest of the country due to landslides on NH 52 A, while a portion of NH 415 connecting Itanagar and Naharlagun has been eroded forcing the administration to divert traffic through Pappu Nallah-Jullang road, which is the lifeline for the people of Banderdewa, Nirjuli, Naharlagun and Itanagar. Life has come to a standstill in many districts of the state as people remain stuck due to the landslides.

In the midst of all these natural calamities, no casualties have been reported so far.

Bad weather has also forced a BSF chopper carrying Union Minister of State for Home Kiren Rijiju to make an emergency landing in a polytechnic playground in Itanagar on Tuesday, officials said.

TNT News with inputs from dy365 and News agencies

Image is representational from Indian Express