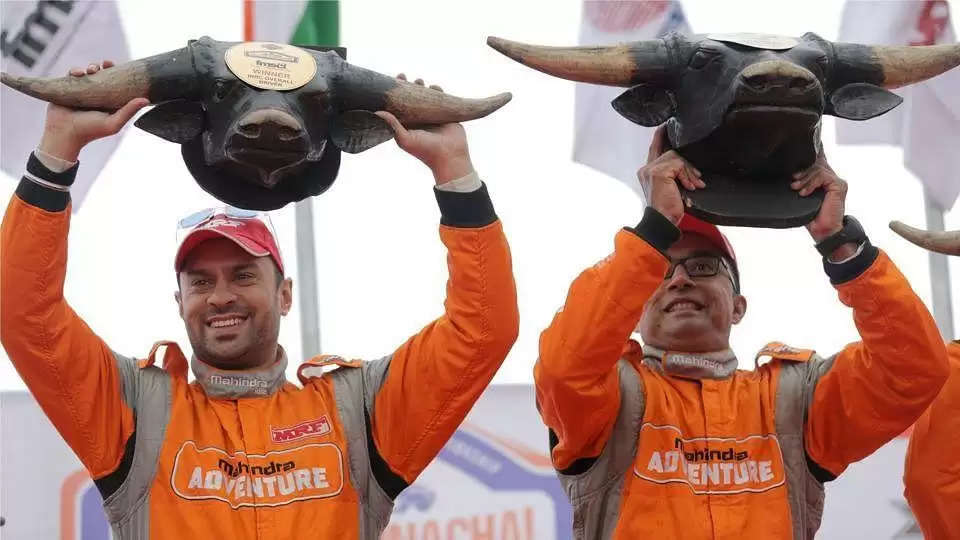 The three-time APRC champion and his co-driver Musa Sherif were in a class of their own, scorching the two night stages on Friday and winning two out of the four stages on Saturday to the delight of awe-struck fans in picturesque Ziro.

"They were the fastest and most technical stages that I have seen in the INRC in many, many years," Gill said, immediately after his victory. "We had a great car, wonderful setup and tyres and we really enjoyed this win," he added.

Dean Mascarenhas consolidated his position in the INRC 3 class by finishing second in the overall category. In the bargain, he posted his fourth straight victory in as many rounds in his class to virtually seal the title.

Gill's Mahindra Adventure teammate Amittrajit Ghosh and Ashwin Naik took the third place by keeping pace with the winners in each and every stage. They were just 11.8 seconds behind Dean and 43.2 seconds behind Gill's final tally of 58:50.4 minutes in the six stages.

The INRC 2 division was claimed by Younus Ilyas and Harish Kumar as they pipped table toppers Rahul Kanthraj and Vivek Y Bhatt, gaining a 19.3 second advantage in the opening stage.

Dean Mascarenhas, with 63 points, has to be reckoned with though as an upset victory can still set him up for the 2017 championship.