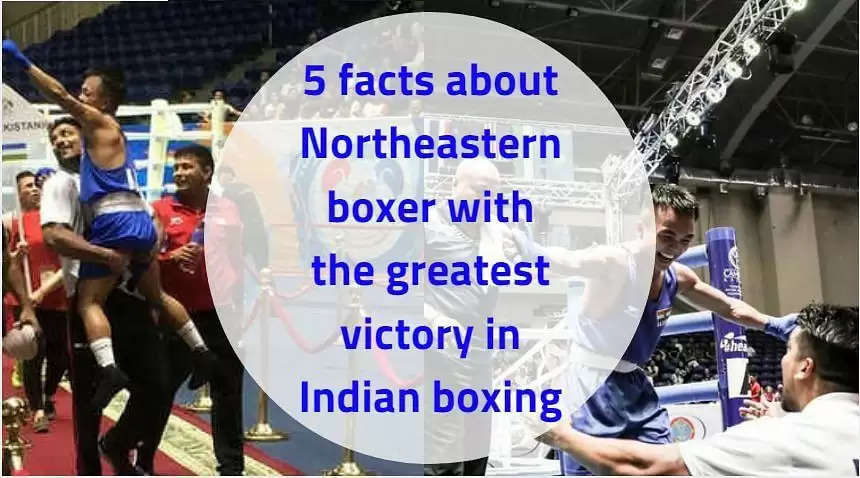 Indian boxer from Mizoram N.T. Lalbiakkima scripted history in the month of June by defeating world number 1 and Olympic gold medallist Hasanboy Dusmatov of Uzbekistan in the President's Cup, an international boxing tournament under way in Kazakhasthan. The 22-year-old from Saiha in southern Mizoram is the first Indian to have beaten a reigning Olympic gold medalist, that too on his maiden tournament for India. Here are some things you might not have known about him:

#1 Lalbiakkima was introduced to boxing in 2009. A local television channel in Mizoram, LPS, organised the state's first promotional fight and broadcast all the matches live. These matches inspired him to become a boxer.

#2 Growing up, he realised that his dream of becoming a boxer will remain only a dream for his father was ill and his mother would sell fish in the local market to earn a living.

#3 Battling poverty and lack of funds as well as facilities, he would run around with a heavy stone as he could not afford dumbbells.

#4 It was only in 2010 that he first stepped out of Siaha and went to Aizawl, the hilly capital city of Mizoram. In January 2011, Lalbiakkima started coaching classes at the Mizoram Regional Sports Authority Center (MRA) under Vulhavunga, whom Lalbiakkima credits as the main man behind his boxing journey.

Eight months into professional training, in August 2011, he went on to play the national championships, the 27th Junior Men National Boxing Championships, where he won the bronze medal.

#5 In 2015, Biakkima joined the Indian Navy, though offers from Indian Army, Indian Airforce and Railways were also on the table. He idolises Suranjoy Singh, a boxer from Manipur who won gold in 2010 Commonwealth Games and bronze in 2010 Asian Games.

And well, the rest is History!

With inputs from The Indian Express